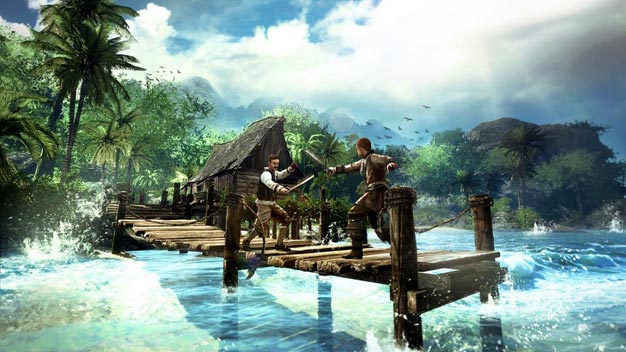 The press release for Risen 2: Dark Waters sells you in just five words: “an all-new pirate-based theme”. It would seem that Deep Silver and Piranha Bytes have already come up with the best game of all time.

Seriously though, the first Risen was a fantastic PC RPG, one of 2009’s best. Fans should be happy to hear that the developers are aiming to take the best parts of the first game and refine them for Dark Waters, which was announced today.

The sequel will offer a new story and is set a few years after the events of the first game. The world is a very different place, ravaged by titans and threatened by new monsters from the sea. Throughout your quest you’ll have to mix with pirates, make your own decisions and level up your own character how you see fit. Pretty standard fare for an RPG… except for the pirates that is.