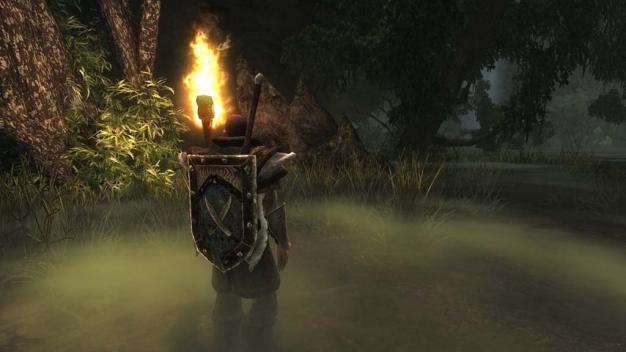 Piranha Bytes’ RPG Risen won’t be visiting Australia anytime soon if the Classification Board has their way. And what’s got the Board’s panties in a bunch this time? “Sexual activity and drug use related to incentives or rewards,” says a representative from Madman Interactive, Risen‘s Australian distributor. According to Refused Classification, Risen will be joining Necrovision and Sexy Poker as the first three games of 2009 to be banned in Australia.

The ESRB in the slightly less prudish United States has rated Risen with a Mature rating, describing the sexual and drug content, “During the course of the game, players can interact with prostitutes (referred to as “whores” in the game) at a local brothel. Players can trigger a lengthy dialogue to engage in their services; sexual activity is strongly implied, but never depicted on screen. Many of the characters in the game smoke a fictional drug called ‘brugleweed.’ The ‘wood reefer’ plant is described as having a mild relaxing effect on users, and can be bought, sold, and used by players.” And that’s what gets a game banned in Australia. Implied sex that’s never depicted and the use of fictional drugs.

Rockstar had to edit GTA4 for the Australian market last year, and Bethesda did the same for Fallout 3. But whether or not Risen will go under the knife is something Madman says they have yet to decide.