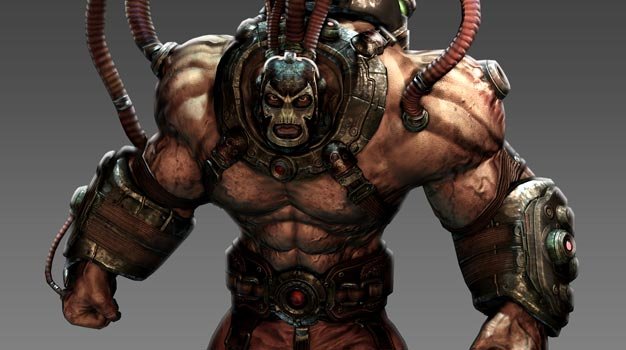 Rocksteady may already be working on a sequel to the BAFTA-winning Batman: Arkham Asylum, but that doesn’t mean the London-based devs only have eyes for the Dark Knight.

Asked by VideoGamer about his pick for another comic adaptation, Rocksteady studio director Sefton Hill made an interesting choice: Bat-breaking super-villain Bane.

“I think one of the things about working on Batman is that you really get to see how good all the villains are,” said Hill. “I really think there’s scope to take some of those villains, even some of the not-so-famous ones like Bane, who has a phenomenal backstory, and really work on turning that into something original and fresh.

“That’s kinda of something [that would be] less popular, but something that could be really interesting and exciting. That could be crazy.”

Hill also went on to say how the Arkham Asylum sequel won’t just be a by-the-numbers follow-up. “For us as a developer… we’re not a mission pack developer,” he said. “We always want to surprise, we want to come up with something new. That’s the challenge for us now, you know? It’s something that drives us.

“When I get up in the morning, when I go to bed at night, I want to be excited by the drive of creating new and original experiences. So for the sequel, for everything that we do, we want to make something new.”

Exciting. In the meantime, we’ve got a 3D-enabled GOTY edition of Batman: Arkham Asylum swooping our way. With stupid glasses and everything. It hits Europe this Friday Mar. 26, US on May 23.