Something I’m noticing is that we don’t do anywhere near enough reporting on mobile games. I think the reason for this comes down to volume. This is a medium that feels like it coughs up a slew of new games daily, meaning it’s a crapshoot when it comes to what’s going to be more P2W fodder and what might actually be good. Don’t get me wrong, every console out there comes with a minefield of games but mobile really seems to take the biscuit. What does any of this have to do with the price of fish? Well, we’re going to be looking at a mobile game today that might be rather good. It’s called RPG Dice: Heroes of Whitestone and it may, at the very least, be worth a look.

RPG Dice: Heroes of Whitestone is a tabletop-inspired character battler RPG due to hit your mobile devices as a free-to-play game with in-app purchases. It’ll be coming via the App Store and Google Play on Tuesday, January 18th. This is the debut title from WIMO Games, a very skilled collection of folk with backgrounds in companies including Electronic Arts, GREE, and Kingsisle Entertainment.

The once-thriving town of Whitestone has been besieged by the Twilight Empire, an evil organization whose ranks include nefarious goblins, savage orcs, and cunning elves. The only defense against the enemy comes in the form of the warriors, wizards, and rogues drawn from the inhabitants of the city itself. 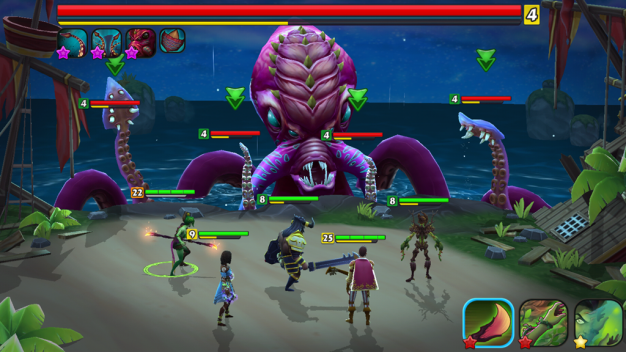 In RPG Dice: Heroes of Whitestone, you’ll be able to select from a roster of more than 60 heroes, before sending them questing through a tabletop game-like arena. In true board game fashion, you’ll roll dice to move your party across the board, triggering events and encounters as you go. You’ll be able to equip and upgrade unique dice depending on your party loadout, slowly honing them into an unstoppable team.

Interestingly, this isn’t just a game about moving from battle to battle. As you explore the game board you’ll also unlock NPCs, whose conversations will further the story for you. There will be tiles that allow you to complete quests and, of course, offer you new ones; and chests that you can open for epic loot and equippable gear. Lastly, you have the blacksmith and greedy goblin. One will do his best to upgrade the gear you have, the other will steal your hard-won spoils. 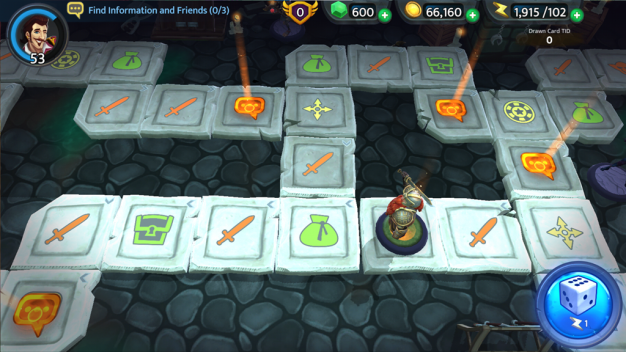 If you’re looking for slightly more than the usual PVE experience you’ll also be able to indulge in PVP battles that offer great rewards and a ranked progression system with online leaderboards. There is also a guild system for those of you wanting to play with your friends. You’ll be tasked with slaying the Swine Lord. When your guild is strong enough you’ll be able to raid the Ziggurat, an epic end-game dungeon that is home to the deadliest enemies in the game and harboring some serious loot.

“We loved the worlds we adventured through in table-top RPGs growing up,” said Dave Rosen, CEO, WIMO Games, “RPG Dice: Heroes of Whitestone is our love letter to those games and we’re excited for players to experience that letter on iOS and Android.”

So if you’re really wanting to get adventuring on your mobile and this sounds like the game for you, you’ll be able to pre-register for RPG Dice: Heroes of Whitestone now. In doing this you’ll help the community unlock a series of valuable rewards of different ranks. These include Rare Rank 2 combat dice, the Nightsteel Mace, a Rare Rank 3 warrior weapon, and The Verdant Doublet an Epic Rank 4 set of mage chest armor. If you want to get in early you can do this from the App Store and of course Google Play by clicking on the respective links. Always nice to get something free for just a few moments of your time and a couple of clicks.