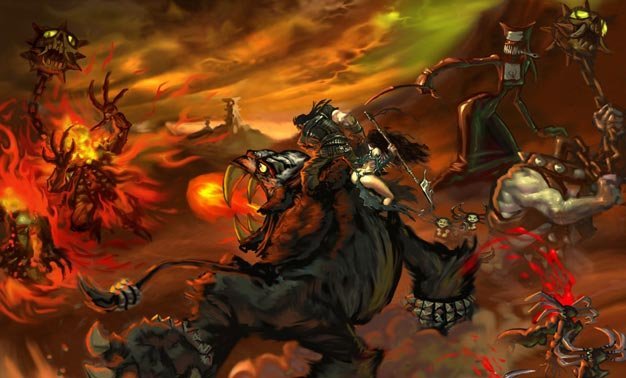 Whenever a hotly anticipated game is about to hit that really can’t seem to go wrong, people start wondering about future content — will there be downloadable content, an expansion, a sequel? Add someone like Tim Schafer and the words “legend” and “brütal,” not necessarily in that order, to the mix and people really want to know. And Schafer really wants to tell us.

“That would be great. I would love that,” he said on the prospect of a Brütal Legend sequel in a recent interview. “There’s a lot of story. When I do a game, I usually do a lot of backstory and research and stuff. There was a big epic story that we were only able to tell a small part of. There’s definitely more stories to tell in the world of Brütal Legend.”

Shafer also says there’s a chance for more Psychonauts, “That’d be awesome, wouldn’t it? I think that would be awesome. I love that game and I would love to do something with it someday,” but added it’s not something they’re working on at the moment. However, “If the fans keep talking about it, maybe it will happen.”