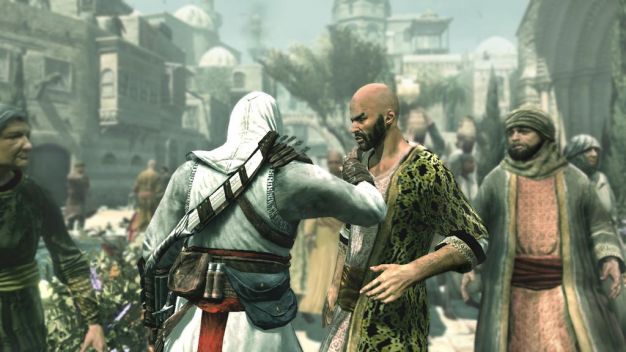 Back when the original game came out in 2007, Ubisoft let it be known that a sequel to Assassin’s Creed would depend on how well the first game is received. Considering the fact that it became the industry’s fastest selling new IP of the past five years in the US, got mostly positive reviews and has sold over 7 million copies worldwide, receiving news of a sequel was surely only a matter of time.

While talking about Prince of Persia at TGS, Animation Director David Wilkinson let it slip that Ubisoft is quietly working on the second Assassin’s Creed game. When referring to the Assassin’s Creed animator, Wilkinson said, “He’s busy making Altair even more beautiful. Last thing I saw him do was getting Altair to swim.”

The amount of negative feedback regarding the game’s repetitiveness will surely force Ubisoft to deliver a much more varied experience second time around, so getting a new Assassin’s Creed game is good news. But what’s even better is that we won’t have to see the mighty assassin splash around like a helpless child every time he falls into a puddle deeper than two feet. Although running around while carrying the weight of all that wet cloth must be a total bitch.

If you’d like to learn more about the series in general, see our post: All Assassin’s Creed Games in Order.