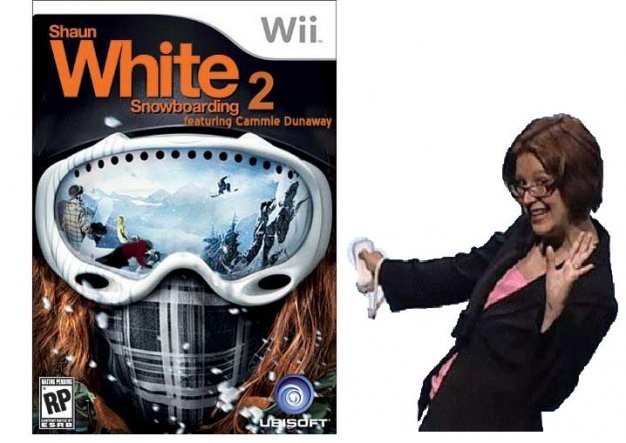 Shaun White Snowboarding 2 now appears to include everyone’s favourite executive vice president of sales and marketing Cammie Dunaway, according to UK videogame retailer Game. The boxart on the website clearly states ‘featuring Cammie Dunaway’ underneath the title, in what we can only assume is some crafty shenanigans from one of the company’s employees.

Dunaway famously demoed the game at E3 ’08, in what was one of the many lowlights of Ninetndo’s ‘performance’. Reports of her breaking her wrist during her balance board performance didn’t seem to hurt sales much, but then Nintendo could probably stick barbed wire and diseased needles to the thing and it would still sell in the millions.