It’s ADVENTURE TIME…..again. Cartoon Network Enterprises, along with publisher Little Orbit and developer WayForward, have announced Adventure Time: The Secret of the Nameless Kingdom, the third title in the AT videogame series.

Due out in November for the 3DS, Steam, 360, and PS3, Adventure Time: The Secret of the Nameless Kingdom will be presented in a top-down perspective and focus on puzzle-solving elements, like early fantasy console games. WayForward is developing the title, which makes sense since they made the first two games.

Matt Scott, CEO of Little Orbit, had these words to share about his BFF WayForward:

“WayForward is the perfect studio to bring the third all-new Adventure Time video game to fans of the animated series. Just like the Adventure Time television series, these video games have resonated strongly across all age groups and we’re thrilled to be publishing the latest installment of this beloved franchise.”

In the upcoming videogame, players take on the roles of both Finn and Jake as they trek through a previously unexplored region of Ooo developed exclusively for the game (aw, I wanted the Nameless Kingdom to appear on the show, too!). New, never-before-seen characters and enemies will also make appearances, which is exciting for fans of the series! 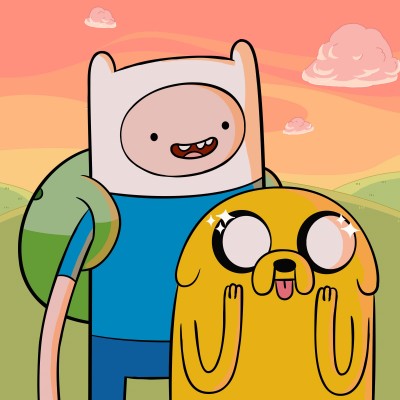 “There is a huge amount of excitement and anticipation around this latest Adventure Time video game release with WayForward once again working closely alongside Cartoon Network and the Adventure Time team to develop the game. We’re confident that the action adventure and puzzle-solving elements to this game are a great fit for the brand and will provide an engaging experience to Adventure Time fans of all ages.”

I hope so, Pete, since the first game was decent but short and the second was a dull dungeon crawler. Keep an eye on the Little Orbit Twitter (@littleorbit) and Facebook page for behind the scenes goodies including screenshots, character news tidbits, videos and more. Anyone hoping the third time’s a charm for AT or are you guys worried you will be disappointed again?