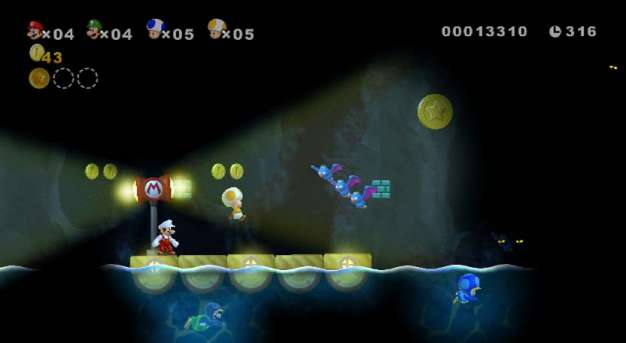 So picture the scene. You just got home with a shiny new copy of New Super Mario Bros Wii, and you start playing. You’re having a great time, but then a boss turns up, and he’s a bit of a bitch to complete. Do you spend hours and hours, dying and then trying again, inevitably throwing your Wii remote at a window/cat? No, you simply switch on demo play, and the computer takes over from there. Simple!

Mario Bros Wii will be the first title from a range of Wii games to include this new feature. Shigeru Miyamoto, Nintendo’s crown jewel and Mario’s daddy told USA Today that “In New Super Mario Bros Wii, if a player is experiencing an area of difficulty, this will allow them to clear troubled areas and take over when they’re ready. And yes, we’re looking into this for future games, too.”

So looks like Wii games just became even more casual, if that was even possible. Looks like strategy guides could be taking a hit on this one. What other games will use the feature? Could you just watch Team Ninja’s Metroid: Other M like one big action-packed movie? Ideally, the feature would be backwards compatible, so I never have to attempt that damn water temple again.