I’ve just spotted a really good bit of info that I just had to share with you all. One of my favourite games of recent months has just been released onto the PS4 thanks to Mega Crit and our good mates over at Humble Bundle. The title to which I’m referring is Slay the Spire, and for console owning fans of roguelikes and card games, this is pretty great news.

I actually reviewed the PC version of this game a few months back so if you want to get an in-depth view of what this title is about and my thoughts on the whole thing, you can have a look here. The PS4 version has all the same content as the PC one so don’t think you’ll get something different than what I’ve reviewed. If you haven’t got time to be reading something lengthy (it’s not that lengthy, honest), keep going for a bit of a summary. 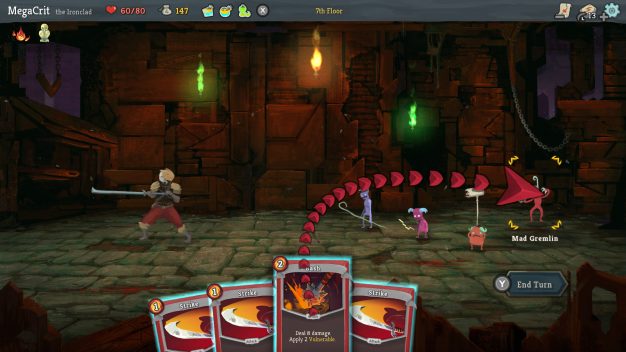 This is a game that pits one of three playable characters, each with their own deck and play style, against the monsters of the Spire. The premise is relatively simple. All you need is to complete each floor and survive with the deck that you have been building as you play. As always, an easy premise can make for a fiendishly hard gaming experience. 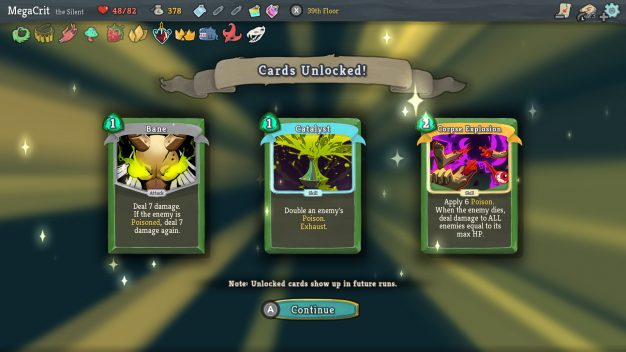 Each character plays very differently and this is as much a game of choice as it is a game of cards. Playing well will only get you so far in the Spire. This title’s roguelike nature means that you won’t know what you’re going to be facing until you encounter it, so it’s really hard to plan ahead effectively. Having the wrong deck to combat what you’ll meet later in the game is only going to result in one thing: you starting over. As with all games of this style, you only live once, and a screw up might just be your ticket back to the title screen. 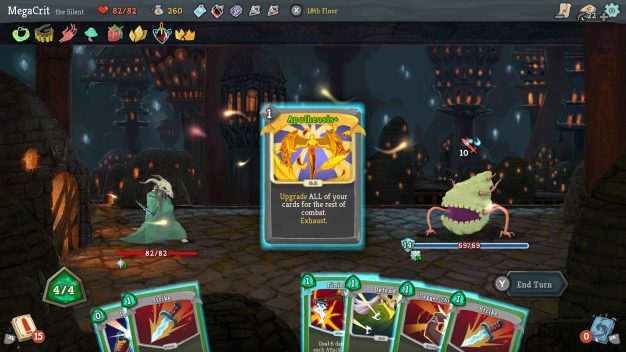 I can honestly say that this is a really good game for killing just a bit of time or losing an afternoon, depending on your mood. I actually enjoyed this one so much that I might just have to grab a second copy on my PS4. It’s not often I’ll do that because it’s totally unnecessary and a bit of a waste of cash. I might just want to get killed sitting on the couch instead of sitting in my office, though … so worth it. 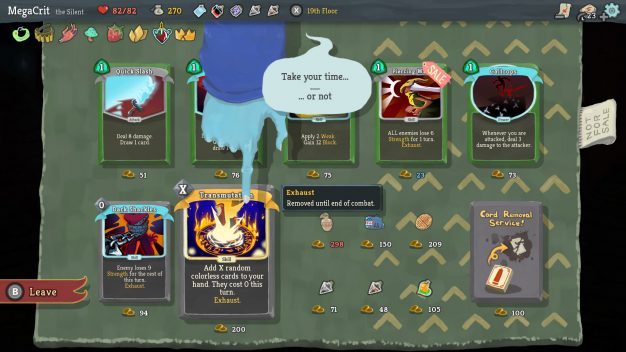 Don’t go off my rambling. Watch the Youtube videos, read the reviews, and decide for yourselves, but if you like roguelikes, cards, strategy, or just frustratingly fun games, you should at least have a look. It might be well worth your time. To be statistical about it, since leaving early access in January, it’s managed to rank itself as third best PC game of 2019 on Metacritic. That in itself is pretty good going.