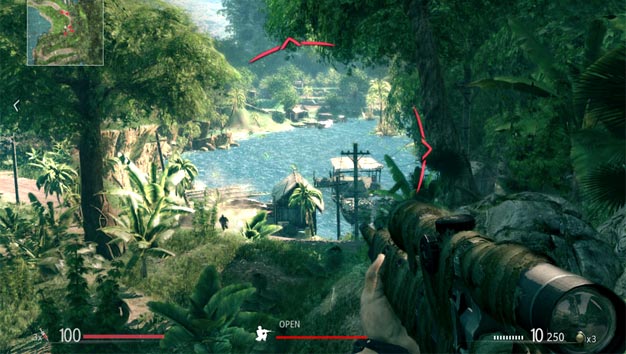 City Interactive’s Sniper: Ghost Warrior already neutralized Xbox 360 and PC targets, selling 1 million units combined on both platforms in as little as seven months. It now officially sets its sights on the PS3 as the full version is scheduled to hit on June 28, and it’s packed with quite a few extras.

Those purchasing on PS3 will receive: exclusive single-player missions, including an additional SP mission with Hard Core mode, bonus multiplayer maps and modes such as Capture the Flag and Hard Core difficulty and new L96 and the M200 Intervention sniper rifles. It all comes wrapped in “fully upgraded game play and graphics.” Never have head shots looked so nice.