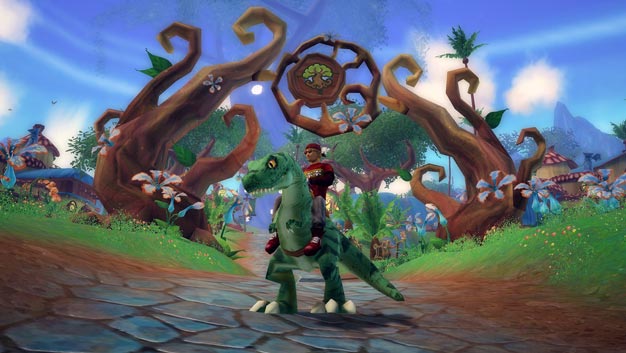 That was an Austin Powers joke up top, not sure if it worked.

President John Smedley recently spoke to GamesIndustry.biz about where he sees their game going. He said: “[17 million] is a phenomenal number, and we’re very pleased with its success – and it’s really keeping going. I don’t see this thing stopping until it hits 100 million.

“I think it could take five or six years – that should give you some idea,” he added. “But I don’t see any reason why it can’t go to 100 million, because there are so many kids out there. And the great thing about a kids’ game, and this is different for an adult audience and people don’t think about this, is that there are always more kids.”

SOE could definitely do with Free Realms being a big success given their recent troubles. “That endless supply of children that have a hunger for gaming,” Smedley continued, “as long as we keep improving it and make sure it’s still relevant – which we do every month with patches – means that we expect the game to have a long life.”