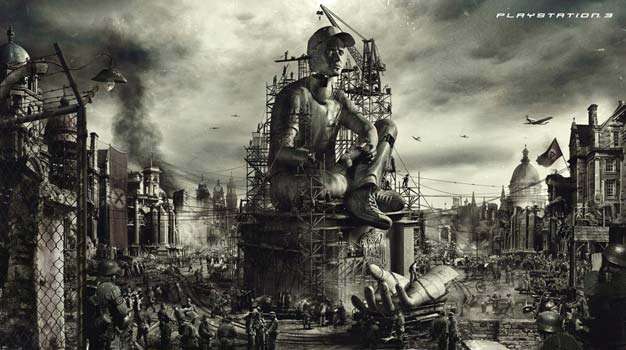 Last week, we reported Shaun Himmerick’s comments regarding how difficult the PS3 was to develop for. Thanks to the way the cell processor was designed, said Himmerick, developing games for the PS3 was a “huge pain in the ass.” Now, according to The Digital Home, Sony responded to those comments in a recent interview with the Official Playstation Magazine. The results were as shocking as they were confusing.

OPM spoke with Kaz Hirai, the CEO of Sony Computer Entertainment — an authority if there is one. Hirai had this to say about the difficulty developers have with the PS3: “We don’t provide the ‘easy to program for’ console that (developers) want, because ‘easy to program for’ means that anybody will be able to take advantage of pretty much what the hardware can do, so then the question is, what do you do for the rest of the nine-and-a-half years?” Ok…

“So it’s a kind of — I wouldn’t say a double-edged sword — but it’s hard to program for,” Hirai continued, “and a lot of people see the negatives of it, but if you flip that around, it means the hardware has a lot more to offer.”

So, to summarize, the PS3 was designed to be harder to program for…on purpose…so that developers would rise to the challenge, and somehow make better games. This genius plan neglects the universal fact that the videogame industry — like all others — is governed by inertia. People and companies avoid unnecessary challenges if they can. If this blog decided to publish everything in Mandarin to encourage readers to master the language, we wouldn’t create a utopian community of highly cultured viewers, we’d just lose all of them.

Sony created extra obstacles for developers. And by making things harder for the game developers that the PS3 depends on, Sony hampered its own system’s success. The PS3 is about 8 million units behind the 360, and Sony is trying to make its console a niche, high end product when it should be appealing to as many consumers as possible. The cell processor may be stronger than the Xbox 360’s, but if developers are refusing to deal with the hassle, the stronger hardware doesn’t mean anything.