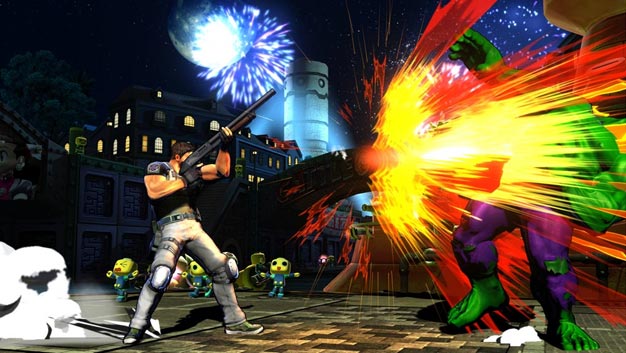 Gamespot posted videos today on the recent inclusion of Marvel’s Spider-Man and Resident Evil‘s Albert Wesker in Marvel vs. Capcom 3, which were shown at Tokyo Game Show.

Spider-Man is, in every sense of the word, preserved in his familiar Marvel vs. Capcom glory. Everything from his pre-fight animation to his voice is spot on, so old veterans of the series should be pleased. The trailer below does Spidey’s move set some justice as well, as he returns with the familiar web ball, web throw, maximum spider, and crawler assault.

As for newcomer Wesker, his play style might remind some of Marvel vs. Capcom 2‘s Strider, as his lightning fast teleport shenanigans are reminiscent of the scarfed ninja. To separate himself from old faces, though, Wesker’s got a few novel tricks like piledriving a missile and dramatically removing his shades on unsuspecting victims–tricks that other characters regrettably can’t boast about.

With TGS winding down, look for some more last minute reveals and announcements in the near future.