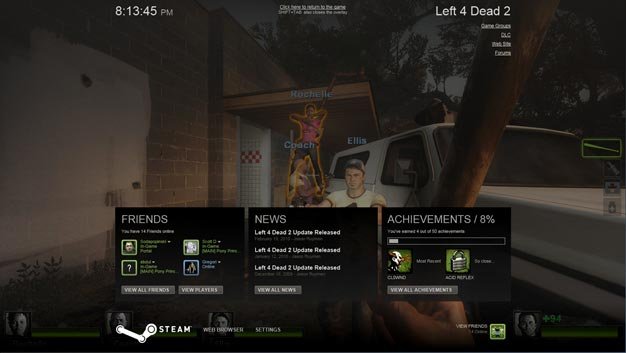 Steam’s new user interface has been available through an opt-in public beta since its announcement back in February, but there’s no escape from it now; the new look is set to go live next Monday, April 26.

“After two months in beta and over twenty updates, the Steam Client UI Update is slated to release to all Steam users this coming Monday, April 26,” the company says.

Though dates are uncertain, the Mac version of the client — along with Left 4 Dead 1 & 2, Team Fortress 2, Counter-Strike, Portal, and the Half-Life series — has been previously confirmed for an April release as well.