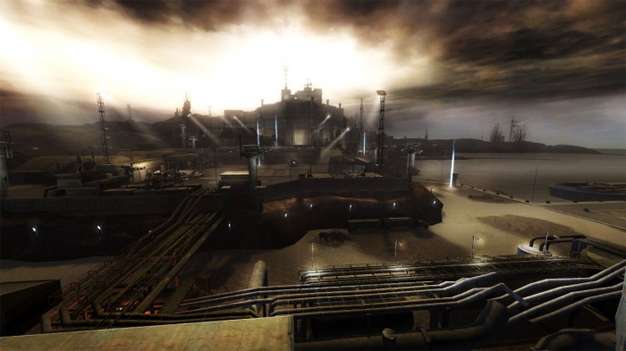 Enjoying Windows XP (or any OS prior to XP)? You’ll be enjoying it less if you’ve been anticipating Creative Assembly’s upcoming RTS Stormrise for the PC. In an interview with PC Games Hardware, Lead Designer Artem Kulakov expanded on the reasoning behind the requirement for Vista and a DirectX10 capable hardware for Stormrise PC. “From day one Stormrise has been designed as a new type of RTS for next generation consoles and PCs. Stormrise has been designed for DirectX 10 and Vista only right from the start. Integrating DX10.1 was an opportunity to increase performance and improve visual quality even further.” Kulakov explained that DX10 allowed for more simplified engine processing.

“The core graphics features of Stormrise are support equally well on all platforms. Extra performance of DX10 hardware allowed us to improve rendering quality. For example, PC version of Stormrise supports soft shadows, Screen Space Ambient Occlusion and higher quality post-processing,” he said. While Stormrise will require Vista, the game will be released on the Xbox 360 and Playstation 3. Stormrise is expected to ship later this month.