King Crow Studios have launched their brand new VR title, Hive Slayer, as a free download with a modest request for a charitable donation. All of the proceeds from the donations go directly to the Southwest Louisiana Hurricane Relief & Recovery Fund, which provides direct support for the state after it has been hit with back to back hurricanes. Louisiana natives themselves, King Crow Studios, saw a chance to support their community and posted their latest game to get the awareness of the relief fund out there.

2020 has been rife with setbacks and trying times, but on top of roughly 8 months of quarantine to be hit with consecutive hurricanes; I couldn’t even imagine. Tens of thousands of people have had their livelihood destroyed by natural disaster after natural disaster. I can’t praise King Crow Studios enough for this incredibly thoughtful act and releasing a full VR game for free and cede all potential profits in the name of charity. 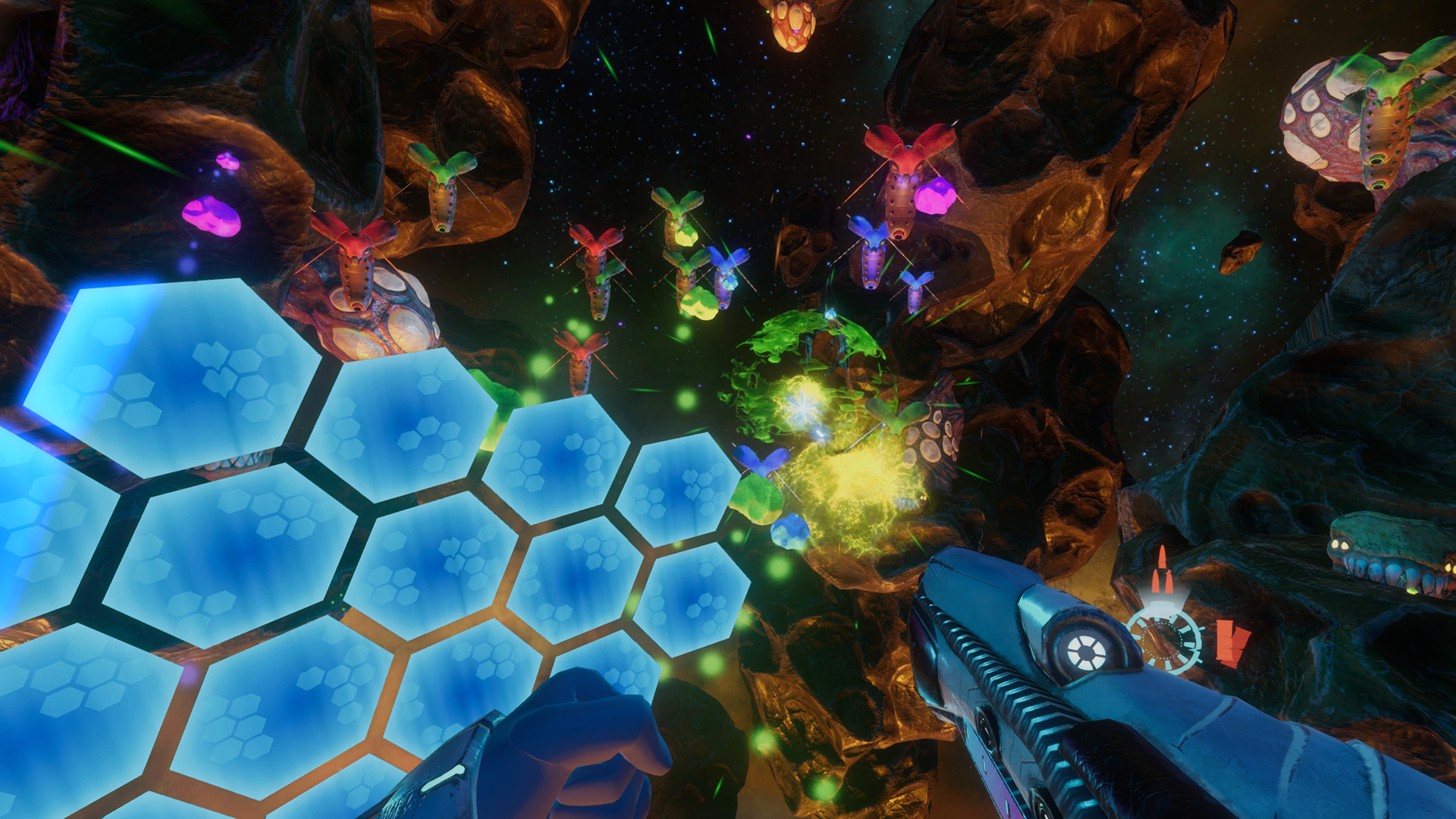 Hive Slayer is a VR experience available to download now on Steam and Itch.io with a simple mission: blast all the bugs. An arcade-style shooting gallery with a heavy sci-fi flair, Hive Slayer puts the player in the boots of mankind’s last hope against an alien menace. Shoot your way through multiple offline and online game modes to reach the highest scores and top the leaderboards.

Hive Slayer is a free game, but King Crow Studios are requesting donations to be made on the itch.io page or directly to the state relief fund. Support an indie developer; support a state’s worth of people rebuilding their lives.