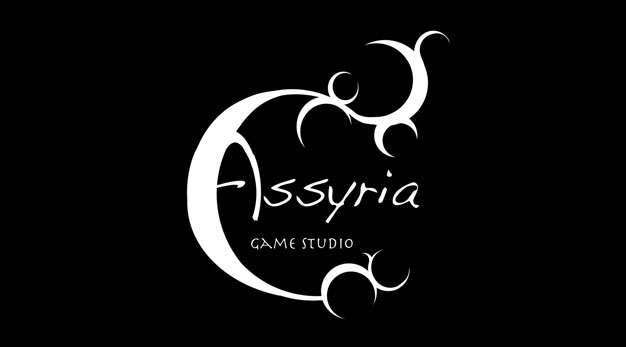 The effects of the ongoing worldwide recession have had some predictable, though not any less saddening, implications for the videogame industry. The news is punctuated with stories of big brands making considerable cutbacks (and here), ailing studios being gobbled up by stronger rivals and some seeming to hit the skids entirely. Given the treacherous business environment, it would be pretty safe to assume that this is not the best time to be starting out in the industry – and especially not as a student start-up studio. Yet with the torrent of bad news about tough times there are a few emergent opportunities for budding entrepreneurs, and a handful of organisations are bucking the trend.

Formed out of the friendship of four students at Teeside University in the UK, Assyria is an example of one such organisation. We were lucky enough to get chance to have a chat with the infant studio’s founding member and project lead Adam Green about what it’s been like taking their first baby-steps into professional game development and the stresses of managing a small business in the current climate.

Starting from the beginning, Adam recounts the studio’s genesis: “I had already planned to start up a studio before coming to university so I basically began recruiting from within my friendship group. We started off working on a children’s game for PC, this was really just to get the team working together well and to give them an idea of the full development process. I was quite proud of what we accomplished considering it was done in our first year of university, however I didn’t think the game was a good enough commercially to take to completion.”

Presently the studio is working on a sci-fi racing game for the Apple App Store which they hope to see released towards the end of March. “We’ve been spending a lot of time concentrating on getting the basics right in terms of the controls and game play, however it’s nearing the point where I’m satisfied with the feel of what we’ve got so far, so art will likely be the main focus [now].”

“So far the iPhone is turning out to be a really great platform both from a development and business standpoint. Apple have made the SDK freely available, and provide plenty of tutorials to get you up to speed with developing for it. I really like the input options available on the iPhone and iPod Touch. The incorporation of the accelerometer and multi-touch opens up a range of new possibilities – Some games have made great use of this, Jelly Car to name a favourite. “

He continues, “From a business perspective it’s fantastic how easy it is to get your game to market once complete. As a developer you simply pay $99 to become a registered Apple developer. You can then submit your game as soon as it’s complete, and as long as it works Apple will put it on the App Store within 5 to 7 days. The percentage of profit you get as a developer is also quite appealing, you’ll get 70% of the sales, with Apple taking 30%. In contrast a typical developer working on a PS3 title could get between 20% and 40%, usually with the development costs being recovered by the publisher before a developer receives anything.”

Ironically it seems that the more gamers find themselves immersed in the business of gaming the harder it can be to actually find time to sit down and enjoy them. Adam laments that setting up the business has distracted him from enjoying games, though this hasn’t prevented the rest of the team enjoying them. “Emily has been ploughing her way through Age of Conan, Sean is playing Hitman: Contracts, while Kyra is enjoying Halo 3.”

That said, the whole team does make efforts to enjoy gaming together. “Living under the same roof we all decided to chip in for a big projector in our living room.” Popular games have proven to be Soul Calibur IV, Halo 3, Gears of War and the “slightly more tame” Castle Crashers.

Thinking about influences, Adam interestly steers away from simply listing his favourite games and toward those who have lent the team a hand along the way. “Well the people we’ve met in the flesh at various conferences have especially influenced me. Caspar Grey (Eidos) has been very encouraging and helpful to both me and the team in terms of expanding our contacts and giving us advice. Dave Sharp (Digital City) who mentors me has also been great in teaching me about the industry, project management, and the business side of things. Rockstar Leeds have also been great, offering advice and generally being decent guys. Generally we’ve found most game industry acquaintances approachable, and happy to provide us with some positive support and advice.”

For now, the team is looking to turn Assyria into a career – as opposed to a pet project which will launch them on to bigger and better things – and will be working full time for the company through a gap year in their studies. Of course money makes the world go round, and securing the funding they need to cover development costs will be critical to the firms’ progression.

Ultimately the company is looking to develop for home consoles, in particular the Wii, however they are always keeping a close eye on emerging technology. “I think we will be working primarily on mobile and web based games for our first two years, however after that we would really like to break into console development once we have the money to fund it. The current goal is to complete all the business related tasks to do with setting up the company, we will start full time development from June. Long term we all want to see the studio evolve to become a well-established UK developer!” The team are also hoping to enter Dare To Be Digital this year, which will also happen in June.

A shot from Assyria’s current project

There is a lot of discussion in the UK about whether higher education is delivering candidates that have the skills needed by developers. Adam acknowledges the complexity of the issue: “This is a subject that differs within the team, however I would argue that the games industry has a skills shortage at the moment, [with] only 10% of game course graduates actually getting into the industry. Of course, the team would not have formed in the first place had we not met through our respective games courses.”

“Being at Teesside I think they do a very good job of teaching the skills required within a given profession, for example they teach you everything you need to know about 3D modelling.” He does believe, however, that there is a shortfall in teaching the soft skills needed in any effective and functional development team: “At Teesside it is not until final year that we actually make a game combining other students’ roles, this means that it is not until students are a few months off seeking employment that they start communicating with people in the other disciplines to their own.” He continues, “I would like to see group development work consistently through the course, myself and Emily managed to make a 3D version of Pong in a day, even a game of that simplicity would help programmers and artists begin communicating with each other and learning about each other’s roles.”

“In terms of production and business management, it’s dependant on the course you’re on, myself and most of the team are on the games art course route and won’t cover those areas with the university, although the appropriate modules are available on different courses. There are external companies funded by the RDA (Regional Development Agency) and the university, which are very good in helping start-up graduate businesses. The Inland Revenue also run free workshops regarding business management on a variety of topics such as Payroll, Corporation Tax, Registering as an LLC, and so on.”

The rest of the team

Adam also adds that the volatile nature of the stock market is making many publishers which are publicly traded companies unattractive investments, reducing the money that they themselves have to spend on development projects. “I think we could see many more developers going out of business next year unless they start adopting a new business model.”

The enthusiasm, savvy and evident talent of Assyria makes a tiny bright beacon in an otherwise murky ocean, though they will of course have to withstand the test of time. Adam winds up by saying, “I think our biggest challenge at the moment will be building up our reputation and showing we can create compelling addictive games.”

Keeping their costs down through developing for the iPhone has the potential to help them avoid the need to borrow too much money, and in the event that they do they may as well wish upon a star for investment capital. This particular case also has interesting implications for the wider development scene, with the economy beating down traditional business models comparatively cheap platforms such as Wii Ware, The App Store, Live Arcade, PSN and digital downloads in general may get a further boost, not out of preference but necessity.

Expect a review of Assyria’s upcoming game as and when it hits the App Store.