We love a bit of the weird. Anything that bends and twists reality always offers an appeal. Dreams are a fabulous way of doing this in videogames because we’re expecting to leave normality behind for a little trip into the realm of all things bonkers. I’ve mentioned the game we’ll be discussing before but I absolutely had to get my hands on a copy to see just where this little ride into the unknown was going to be taking us.

Now … as we all know I scare rather more easily than I probably should and that you can’t give a game a fair review when you’re playing it from the bathroom with your eyes closed. This in mind, I thought I’d pull my good friend and fellow TVGBer Emily Mullis along for the ride. That way I’d have someone to hide behind if necessary. Let’s see if we agree on things, shall we?

First thing’s first. This is going to be a really hard game to tell you about without ruining things and adding spoilers. I’ll endeavor to tell you as little as possible. What I will tell you is that this is a game about dreams and reality and the fact that the two aren’t always separate entities. In the case of your character, the realm of dreams and the land of the real are becoming intrinsically interlinked and if you want to get back some semblance of normalcy and sanity you’ll have to navigate your dreams. I’ll tell you one thing for a fact. As the player, working out what’s real and what isn’t is definitely no mean feat.

So a lot of the story revolves around a mysterious dream catcher. You get the impression that this item isn’t from the land of the normal but you’ll notice early on that it becomes very hard for you as the player to work out sometimes which parts of the game have you dreaming and in which you are awake. This sense of blurring is done so well that you begin to feel a disconcerting disconnect from reality. This is helped by the fact that The Dreamcatcher is a first-person escapade. You really place yourself into the character’s shoes which is commendable as much as it’s uncomfortable. Coming back to said dreamcatcher. You need to find it’s missing stones in your dreams if you are to fully realize its power and get your life back.

Like I’ve said I don’t want to ruin anything so I won’t go into detail. On your journey, you’ll find yourself walking through woodland, around strange, contorted versions of your apartment, and even taking a rather creepy train ride. From chasing a girl who you just can’t seem to catch to helping a talking mountain or being watched by weird, slender figures everything you encounter blurs the lines of what should be normal and it’s incredibly well done.

The Dreamcatcher is one of the most emotive games I’ve played in a very long time. You really get pulled in and although this isn’t by any means a horror game the feeling of anxiety and discomfort I got was palpable. Even though I knew this was a walking sim and that I couldn’t die I still played sections with one eye open. This was purely because I was expecting a fright that didn’t come. It’s that expectation that makes this title truly remarkable.

I often feel like I leave discussions on things like aesthetics and graphical choices as an afterthought. I can’t in good conscience do that here. The graphics are absolutely stunning. In The Dreamcatcher you really feel like you’re walking through a dreamscape. If the graphics had been in any way sub-par I think some of the pull to see what’s next would have been lost. You really need to be fully immersed to get the complete experience and thankfully there’s nothing to tarnish that.

I’m not a fan of walking sims. I like to either be part of a visual novel or be given all of the agency to be the character. A walking sim is somewhere in between for me and I’ve never felt like they’re enough of a game to warrant that title. With respect to The Dreamcatcher, I take all of this back. If this was a “game” in the truest sense it wouldn’t create the level of unease that it does. The fact that you know your dreaming and can’t die makes complete sense. You also get a sense of not having total control over everything around you which I feel is important. If it were just a visual novel it would likely lose it’s effect entirely in hoping that your own imagination would do the work. This is an experience and one that’s totally worth having.

The other thing to note is the story as a whole or should I say the lack of one. You are never given quite enough of an idea of what’s going on and are fed the plot slowly. I’m a very big believer in a game having a solid story from the outset but I think in this case that would be far too much of an anchor. In some ways the story doesn’t even matter, it’s the journey that’s important and this shines.

I’m not finding too many negatives. As I mentioned, the graphics are beautiful, the controls work a charm and there’s a total draw to play onward. As there is nothing breaking the immersion, which is all that’s important here, there’s nothing really to moan about. There’s one simple turn off but I think this is going to be a bit of a no-brainer. If you don’t like anything paranormal, strange, or even slightly spooky steer clear. I want to impress that this isn’t a horror game, there’s enough in there though to give you the creeps, though if that’s not your thing.

If you don’t have any issues with the strange and supernatural I’d absolutely give The Dreamcatcher a try. It’s not so much a game as it is an experience but it’s definitely one worth having. There’s also replayability there for you as this title has more than one ending. I really think it’s good enough to play through more than once so this isn’t an afterthought to give The Dreamcatcher extra life that it doesn’t deserve.

So to the scoring … 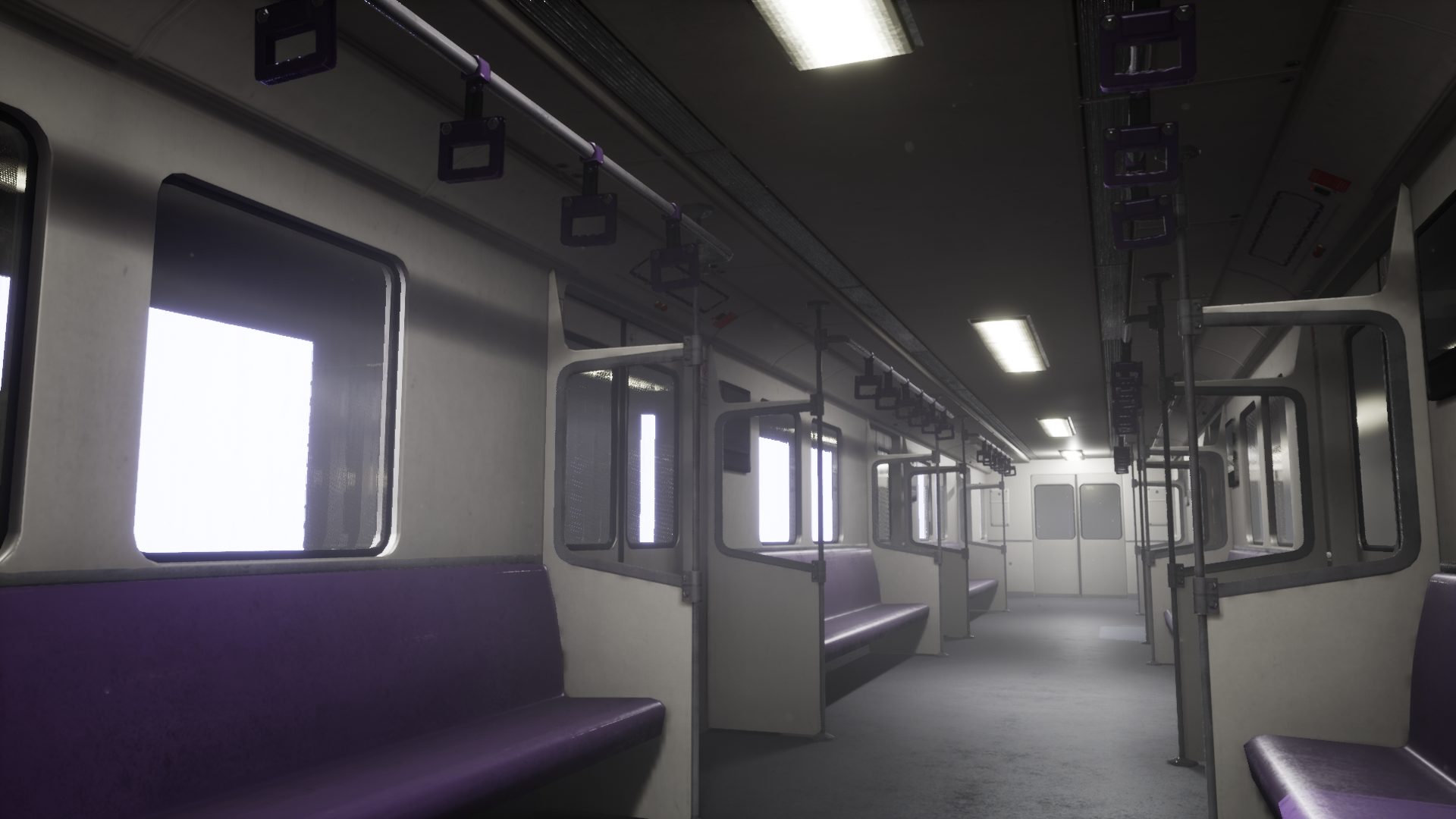 Dreams have been one of the biggest mysteries that mankind has wrestled with for as long as we have been dreaming. Where once dreams were a gateway to the spirits and gods, now we boldly announce our trivial nightly adventures as if they were just another tv show. Dreams have turned from the fantastical to something easily explained by science. Psychologists have had a field day trying to link dreams to the psyche and yet despite our more scientific approach to understanding dreams, something reminiscent of spirit-walking still remains in our imagination.

The Dreamcatcher is a game that, to near perfection, simulates what it is like to be in a dream and to interact with dream creatures. It is a walking simulator that takes the player through various dreams while in the real world a mysterious somebody keeps leaving behind notes for the player. These little hints usually pertain to what the player might experience in the dreams or what certain items do for the player.

While the story of The Dreamcatcher isn’t entirely clear from the start, the dreams seem to be a part of the player’s journey not only at night but in life as well. There are lots of visuals that relate to the real world such as bicycles, heaps of trash, dirty air, a missing woman, and so on. It didn’t seem necessary to me for this game to have a solid storyline as it is a game about dreams– and everyone pretty much knows dreams don’t usually have a solid story to tell or follow the basic rules of physics or time. In fact, not knowing everything right away really immerses the player in the dreams and makes everything feel that much more surreal.

Some gamers might be turned off by the fact that there isn’t a real story for this walking simulator but that’s just one of the few things that take away from the gameplay. Really, it’s the visuals and the music/ sound effects that make this game a small masterpiece. The title screen alone sets the whimsical, dreamy mood of the game and once in the dreams themselves, the sound effects are insanely effective in drawing in the player.

Sounds seem to come from nowhere and everywhere while soft music plays in the background, creating a sense of mystery without being too fanatical. At every turn, the visuals are new, weird, and sometimes alarming, but always intriguing. It’s better to think of this game as an experience rather than just another game to beat.

With all this said, Dreamcatcher is good but not perfect.  There were some things that slightly bothered me as I played through it and though these little annoyances weren’t make-or-break it, they were noticeable enough. First, the run isn’t really a run. Be prepared to advance through the game at a pretty slow pace. Sometimes the puzzles in the game seemed a little too easy and regarding the little hearts to collect, well, you eventually find your way to all of them so there really isn’t a challenge in that.

This isn’t by any means a horror game but there are horror visuals that were, for me, a delightful surprise, however, if you don’t like scary visuals this might be something you stay clear of– or at least be prepared for eyes in trees and tall looming figures. Again, this isn’t a horror game per-say so don’t worry, there aren’t any jump scares. Dreamcatcher is a game to try out for the experience of it and it’s relatively short so don’t expect to put in sixty-plus hours. It can be downloaded off steam for $16.99 so go check it out!

This team review is based on retail copies of the game provided by the publisher.

What dreams are made of

We could go into so much more detail about this game than we have. If we did we’d completely ruin the feel because you’d be expecting too much. Give it a go and be open-minded and I think you’ll agree that The Dreamcatcher is a real indie gem.