While it’s true that Nintendo dominates the sales charts when it comes to Wii software, there are a number of 3rd Party offerings that have been able to achieve million seller status. Here’s a rundown of those games starting with the biggest sellers, and finishing with those that will hit the magical mark in the coming months. 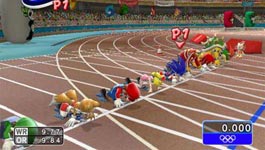 Published by Nintendo in Japan, but by Sega in Europe and the U.S., the game has predictably become a monster hit. The triple whammy of Mario, Sonic and the Beijing Olympics has proven too hard for Wii gamers to resist. The fact that it was a decent game did it no harm either. The scary thing is the scope for improvement in quality and subsequent sales with the inevitable sequel. 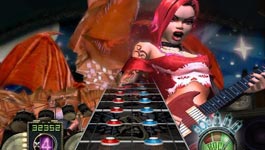 Guitar Hero’s main draw is its innovative and immersing peripheral; sound familiar? Also unlike Dance Dance Revolution, the franchise is still at the height of its popularity. However if the future of the series is downloadable content, then it will be interesting to see how future Wii versions will accommodate and even counter this. 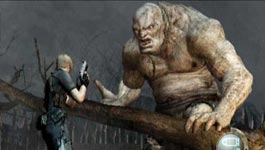 Capcom’s port of their multi-million selling game of 2005 has been a stunning success. Two factors seem to be at the heart of this: great controls and budget pricing. The accuracy and joy of aiming with the Wii pointer seems to have spread through word-of-mouth alone, and has given the game real ‘legs’. 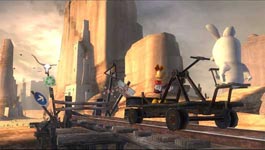 Ubisoft showed some early genius with this title and leveraged their Rayman license to create a collection of above average mini-games starring a likable and deranged cast. While it’s clear to everyone now just how successful mini-game collections can be on Wii in terms of sales and development time, Ubisoft showed true foresight. 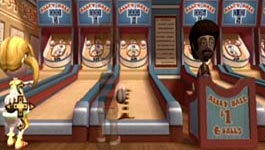 Carnival Games more than any other title has become the bat with which Wii is bludgeoned so regularly by the hardcore. Its success is a bit of a mystery no doubt, but it really is an accessible piece of software that captures much of the magic that Wii Sports had at launch.

For a hero who seemed to be in terminal decline, Sonic and Secret Rings was a minor triumph; in that it wasn’t terrible. In fact after the first few levels the game improved quite drastically. It still suffered from the typical modern Sega design flaws though, but the license was enough to part Wii gamers with their cash. 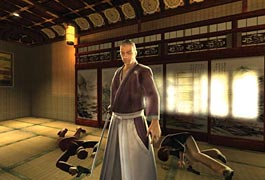 Has there ever been a more polarizing launch game than Red Steel? Marketing muscle seems to have won out here as the game’s most promising feature: sword fighting, was actually its weakest aspect. A much rumored sequel still holds great promise though as its development will not be as time constrained as the first.

Games on their way to becoming Million Sellers…

When hardcore gamers first learned that Umbrella Chronicles was to be a light-gun game, internet forums all over the web very nearly burst with indignation. Capcom eventually won them over with copious amounts of fan service and cooperative play with a surprisingly fun and meaty title.

LEGO Star Wars: The Complete Saga has become a permanent fixture in the U.S. sales chart since its release in Nov ’07. Quality and value are clearly the main draws here, and the title’s success should lead to Traveler’s Tales investing real effort in Wii versions of their two upcoming LEGO games. 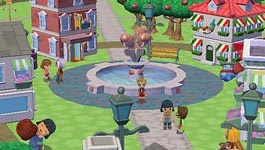 It’s interesting to compare the fates of two original IPs created by EA for Wii and released within a month of each other: MySims and Boogie. One was a poorly conceived casual waggle-fest that bombed at retail, and the other was an intelligent re-imagining of a popular series that is now quickly approaching a million sales. There’s definitely a lesson here.