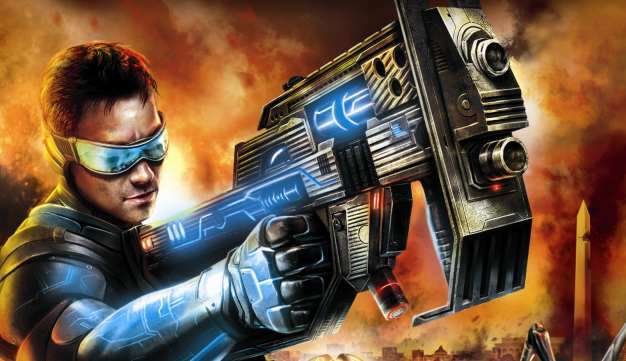 Proper communication, according to Albert Mehrabian, relies on more than words alone; body language and tonality play a major role. A visit with High Voltage at this year’s Game Developers Conference is a perfect example of this fact. While no one verbally said that The Conduit 2 was coming, there was a whole bunch of ‘wink wink, nudge nudge’ action going on.

During some time with The Grinder, a poster was noticed on the back wall of the developer’s demo room. While this, in and of itself, is nothing major, the striking characteristic of this particular poster was the total lack of anything except a large number “2” written in only a style similar to the original Conduit. When asked if the poster was a subtle tease for a sequel, a developer replied with a laugh, “There’s more to come on that!”