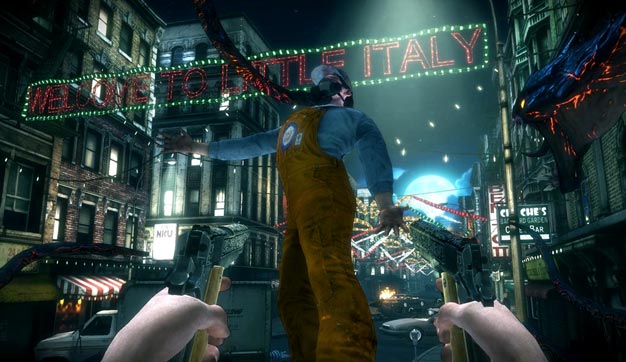 Back when the PS3 and 360 were young ‘uns, Starbreeze’s The Darkness was one of the most anticipated games on both systems. This first-person shooter based on the hit comic book gave you some awesome powers and a gripping plot but has since been forgotten.

Since then nearly four years have passed and we’re only finally hearing about The Darkness II, which 2K Games announced today. Once again you’ll play as mobster Jackie Estacado in a story that takes place two years after the original. Jackie is trying to put the events of the first game behind him when an attempt on his life brings back the power of the Darkness, a twisted dark beast that gives him super natural abilities. Gameplay wise, that translates into shooting enemies in the face while ripping them apart with badass tentacles.

Development has been handed over to Digital Extremes instead of Starbreeze. It’s set to hit PS3, 360 and PC in fall of this year.

A bigger version of the first shot above is available in the gallery here.