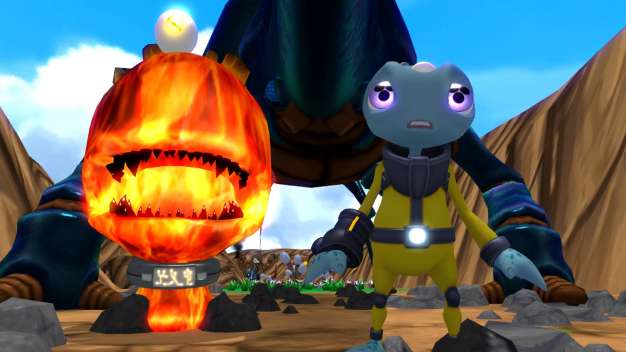 We enjoyed playing The Maw on XBLA when it came out near the end of January. One of our complaints was that the experience was over way too quickly. Shortly after release Twisted Pixel announced that three downloadable levels would be coming to The Maw over time, the first of which, named Brute Force, will be released this Wednesday for 100 MS Points ($1.25).

Brute Force is a part of the lost levels that weren’t included in the original game. It features Frank and Maw taking on the Brute Soldier who’s been given the task of recapturing the duo. We’ll also see new puzzles, characters and cinematics to boot.

This level will probably be around the same length as the original stages. An extra achievement will accompany Brute Force along with all the Yummies Maw can handle.