So if a game is called The Mortuary Assistant we’re expecting one of two things. Either we’re having a class in anatomy and how best to prepare the dead, which is morbid as hell but honestly sounds kinda fun; or we’re heading back into the realm of horror. In the case of the game we’ll be discussing today it’s actually a bit of both. Well you aren’t expecting an easy life, right?

As I’ve just mentioned The Mortuary Assistant isn’t just going to be a doctorly training program. It is going to involve dead things though; you potentially being one of them if you’re not careful. Hitting your screens on August 2nd and coming from independent horror publisher and production company DreadXp, and developer Darkstone Digital, The Mortuary Assistant is going to be giving you an experience that is chilling at the very least. 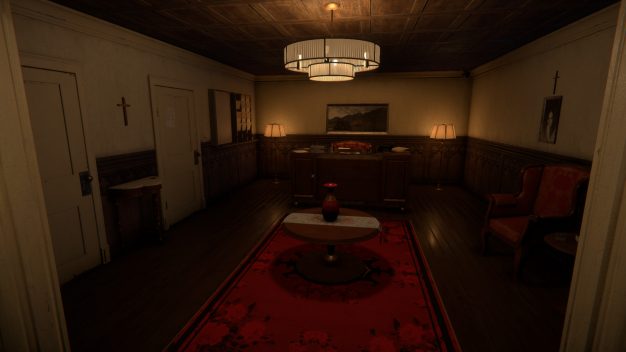 You will be taking on the role of Rebecca Owens, but don’t expect your apprenticeship to run anything close to smoothly. As a recent Mortuary Sciences grad you’ll be starting your tenure at the creepy River Fields Mortuary. Long hours and the fact that you aren’t surrounded by living beings should make life easy. You’ll just have to hope that all the rumors about possession and demonic acts aren’t true. Spoiler alert; they clearly are. One night you’re called into work to deal with some embalming procedures to find something different about the bodies. There’s something different about you too. The phone rings and the mortician on the other end of the line has some bad news for you. You can’t leave. 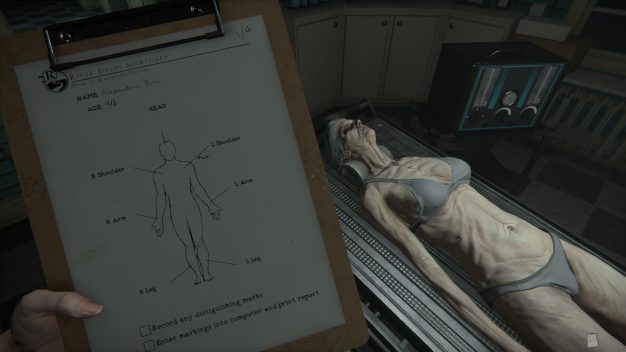 The Mortuary Assistant features demonic banishment, creepy puzzles, and detailed mortician tasks. On the plus side, this is all going to lead you to one of the multiple endings so there are plenty of reasons to keep diving back in. Further adding to the replayability factor is the fact that each playthrough will be unique. Every run will present you with a different set of puzzles, bodies, and challenges; and of course, a new set of scares tailored to that specific playthrough. The story is also told across multiple runs so you won’t be able to follow everything going on around you in one go. Those of you that need a rich plot to follow are going to find one but you’ll have to work for it. 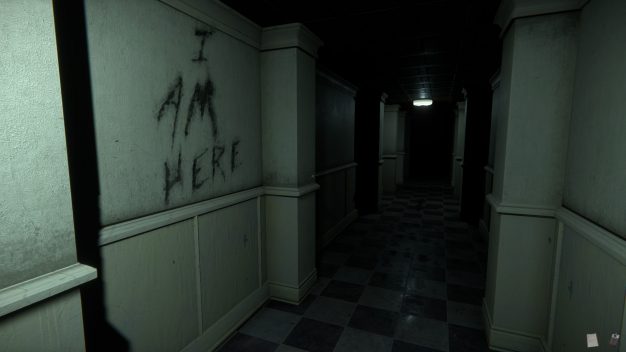 The Mortuary Assistant is going to be somewhat of a balancing act for you as a player. You’ll need to weigh your duties as a mortician with the need to explore the mortuary’s dark hallways looking for clues. You’re going to need to have an eye for detail and pay close attention to your surroundings if you’re going to leave with your soul intact. 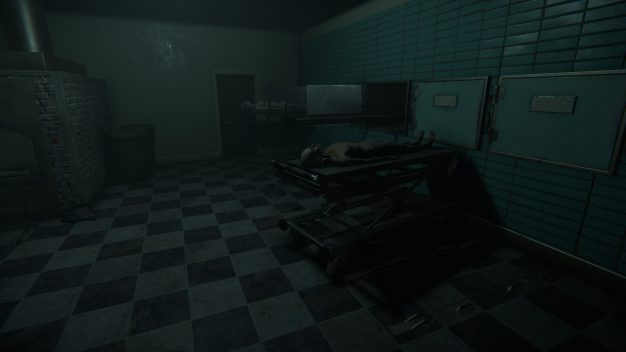 So apart from the dark surroundings and obvious demonic presence the scares you’ll experience aren’t all supernatural. The mortician jobs that you’ll have to complete are based on the tasks of real-life morticians. These include making incisions on the dead, pumping the remaining blood out, retrieving items from cold storage, and, of course, embalmings. You’ll be doing all of this in the first person, which is only going to ramp up the tension when the bodies you’re working on start wandering off. Maybe adding exorcisms to your roster of duties would be a good idea; in fact, it’s mandatory. You’d better learn quickly though, getting that sort of thing wrong is deadly. 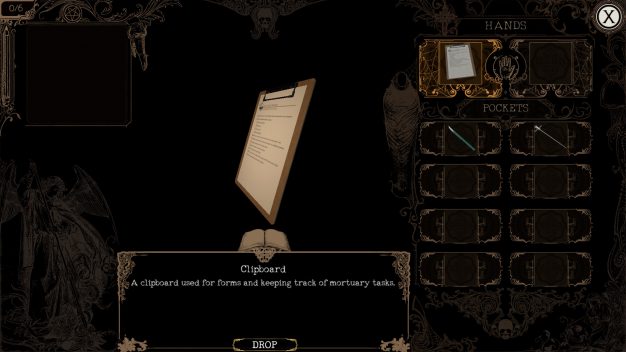 If you fancy getting your hands on some bodies and don’t want to wait till the beginning of August you can download the free demo for The Mortuary Assistant and have a go right now. You’ll probably want to wishlist the game while you’re at it. This definitely looks like a lot of fun for horror fans amongst you. Just make sure you keep your bodies on the slab. It would appear that they don’t like being poked and prodded.