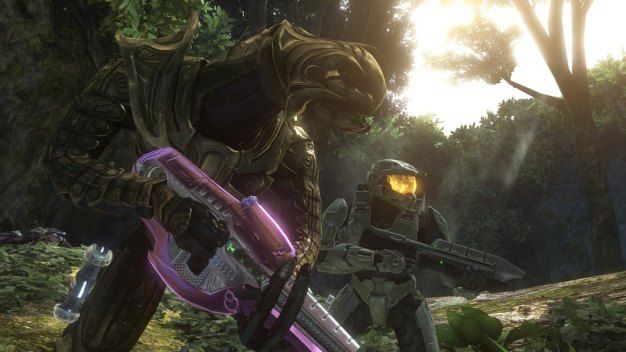 The above image shows quite clearly the reason that The Arbiter is one of the most annoying protagonists in gaming; he isn’t Master Chief. That’s Master Chief standing right next to him and that is the character and storyline that everyone wanted to follow and learn about. Every time Halo 2 jumped to an Arbiter level players would cringe. Not even getting to use the plasma sword for the first time made the Arbiter fun to play with. It was one of the few complaints leveled at the game and it made absolutely no sense design wise as Halo 3 showed us that Bungie could tell both sides of the story without taking us out of the Chief’s head. It’s not like gamers were sitting around after Halo thinking how much they wanted to play as another character. There is nothing more annoying than being forced to play with a second tier character on a first tier level and the Arbiter is definitely a second tier character when compared to Master Chief.