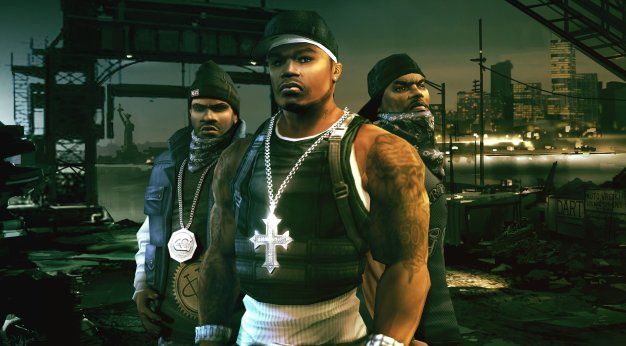 If we’ve learned one thing from 50 Cent it’s that the thug life is a hard life full of getting shot and going to da club. 50 Cent as a rapper annoys the hell out of us so imagine how annoying he is when his entire persona is taken to the umpteenth degree in a videogame. Walking around with guns strapped to your chest in the inner city talking like you’re the greatest human being to ever grace the earth isn’t cool, it’s insanely annoying. We don’t want to hear 50 shouting out over and over how he capped that n****r and it isn’t just because it makes us beyond uncomfortable, it’s because he’s a walking stereotype. One would think that a man who had been shot so many times might possibly not go around killing hundreds of people and talking like it’s the greatest thing in the world and yet here 50 Cent is, holding his guns sideways, and ripping through bullets. Maybe if he hadn’t acted like such on overblown version of himself in the game people would have been able to see through the annoying crap and enjoy the offering, but as it stands we’re pretty sure 50 Cent: Blood on the Sand is going to solidify the rapper as one of gaming’s least enjoyable protagonists.