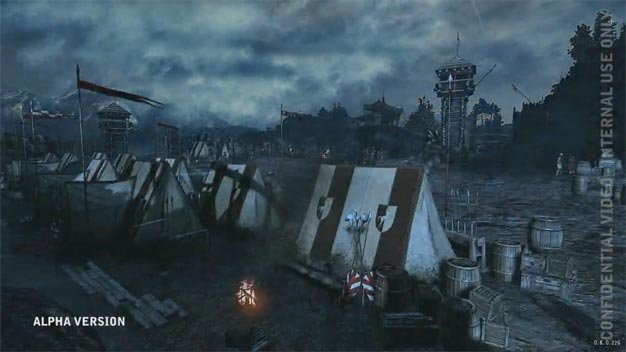 It seems that The Witcher 2: Assassins of Kings developer CD Projekt RED has been taking notes on how to support one’s fanbase and sent a message to their uber devoted fans, top secret squirrel style.

Using a single frame in the game’s debut trailer, the Polish developer typed up a memo to those who analyze their “stuff pixel by pixel, bit by bit.” The full message is below, but the gist of it is to thank those who have stuck with them through the years; explaining that the upcoming sequel will be bigger and better than ever before. 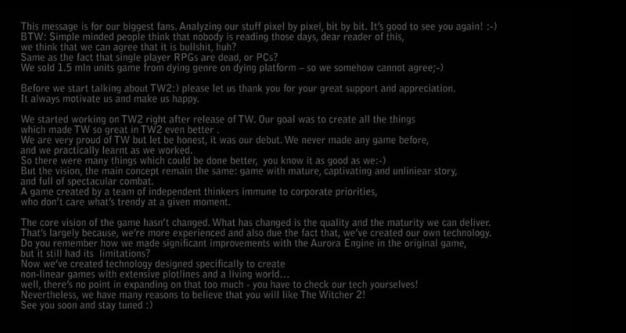