CD Projekt Red came out of left field with the news of The Witcher Adventure Game that will be coming soon to iPad. While it is originally intended to be a board game, CD Projekt thought to follow recent trends of bringing these physical games to the digital world. 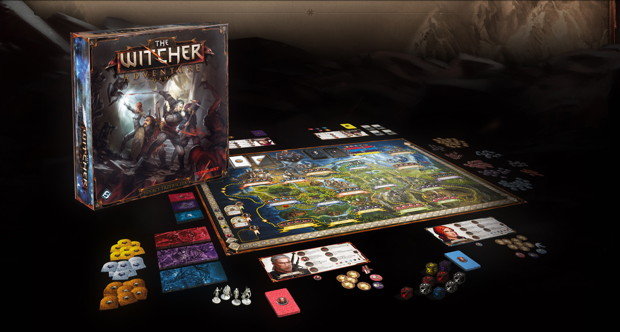 The creators are teaming up with developer Fantasy Flight Games to bring the board game to life on the popular tablet. “Fantasy Flight Games has an outstanding connection with board game fans worldwide and is well known for the highest quality of their titles,” said CD Projekt’s Adam Badowski. “We’re really excited that we can join the party and expand The Witcher universe in such great company.”

Players will have the opportunity to play not only as Geralt, but also as Triss Merigold, Dandelion, and Yarpen Zigrin. Unlike the board game version, players will also have the ability to play solo with the game’s AI.

Badowski also adds that, “The Witcher Adventure Game aims to set a new standard for tabletop games of this kind – each of the over 350 premium quality components found in the box has been designed and crafted with meticulous care by some of the industry’s most acclaimed artists.” While these components won’t necessarily apply to the iPad, the artwork for the tabletop game looks like it will be directly imported into the digital version.

You can find all the details over at the Official Witcher Adventure Game page, including info on the actual physical board game itself. Looks like I will be picking this one up whenever it hits the App Store.