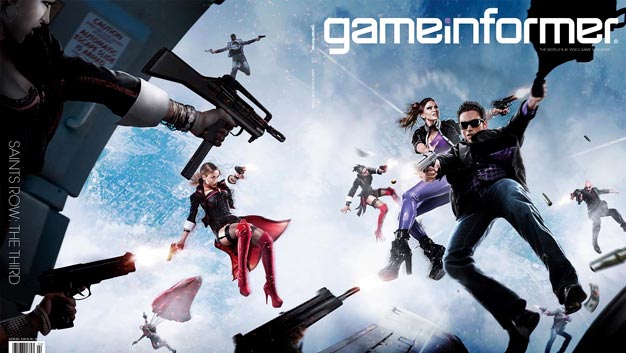 The Saints Row franchise is back for its third installment. Saints Row: The Third won’t start out like other games in the series though, rather you’ll already be in charge of your own crime organisation right from the start. That means no delivery missions, no crappy apartments; you’re the king from the get-go.

THQ’s Danny Bilson explains: “Saints Row: The Third puts you on top of the world, right at the beginning of the game, with all the perks that go along with being the head of an elite criminal organization. There’s no delivering pizza, no shuttling family members about in a long series of taxi missions. Instead, you take all the power of the Third Street Saints and you take the world by storm.”

First details reveal that the game will take place where the now famous Third Street Saints are pitted against a legendary crime ring called Syndicate. Expect a full reveal in this month’s Game Informer.

Developed by Volition, the game is aiming for a holiday 2011 release.