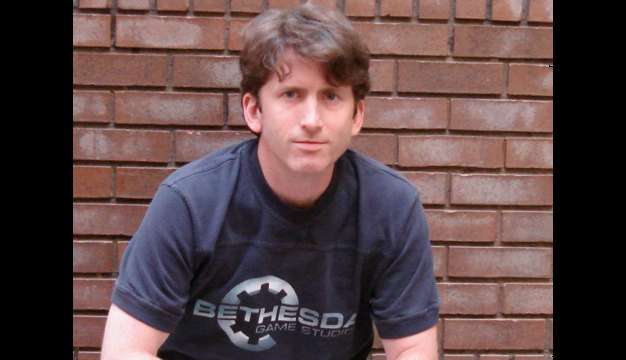 No, actually Todd Howard expressed his opinion on the world’s most popular console in front of a microphone and a room full of journalists. When the Fallout 3 developer was asked by MTV’s Stephen Totilo about Nintendo’s little white money machine, Howard said that he was “not threatened” by the Wii and that “it’s a toy.”  He went on to explain that consumers viewed the Wii as a “kid’s toy” and that the public thought PS3 and Xbox 360 were “for evil killfests.” So at least he went to both extremes when interpreting the public’s view. However, it didn’t help his case in the mind of Nintendo fanatics that he compared the Wii’s popularity to the cabbage patch craze of the 1980’s.

N’Gai Croal of Newsweek responded by pointing out the obvious sales advantage of the Wii over bigger, badder consoles, to which Howard responded that again, Wii is not a threat and that it is for games that are different from what his team is making.

Personally, I don’t think Howard has anything against the Wii. He might be upset that a bunch of games for Nintendo’s “toy” are outselling Fallout 3, one of the finest games of 2008. Howard did mention World of Goo when asked what he was playing right now, and it is true that Fallout 3 is way, way too big for the Wii to handle. So it’s not like he could have released his game on the Wii and chose not to.

All that said, maybe a great developer such as Howard should show some respect to this generation’s juggernaut, especially as The Conduit, MadWorld, and (further down the road) a sequel to No More Heroes loom in the horizon.