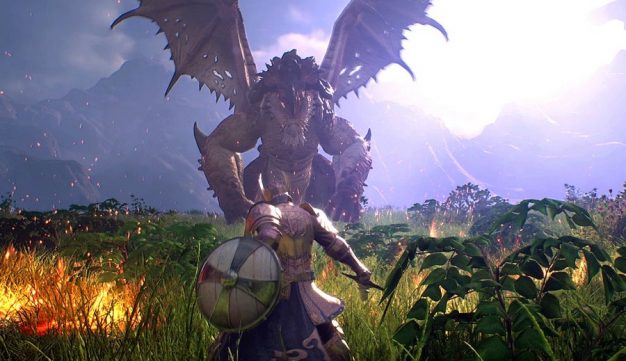 If you have been waiting for more juicy tidbits from Bandai Namco about their upcoming Xbox One action MMORPG, Bless Unleashed, then you will be happy to hear that the company released a little taste today to keep you coming back for more.

A new trailer was released which highlights the new Priest Class. As both a healer and warrior, the Priest brings a unique skill set to the battlefield. Priests can unleash a fury of attacks from afar with lethal combinations and pinpoint accuracy, as well as set down buffs and heals for their teammates. Those who chose to master the Priest will definitely be a force to be reckoned with.

If you haven’t heard about this new MMORPG, let me fill you in. Bless Unleashed takes place in an untamed world with a rich backstory created with hardcore MMO players in mind. With deep combo-driven mechanics, player customization, and cooperative (PvE) and competitive (PvP) multiplayer, there is an endless amount of content and gameplay possibilities to keep players engaged.

Developed using Unreal Engine 4, Bless Unleashed  brings unparalleled visuals to a fully realized fantasy world, offering one of the most stunning MMORPGs produced for console players. Players adventure across an open persistent world where mythical beasts roam the land and player vs. player battles can take place at any time.

Stay tuned to TVGB for more updates on this game as Bandai Namco releases them. In the meantime, check out the new trailer below and let us know if this looks like a game you will be considering for purchase when it releases.