The pure adrenaline rush you get from a good twin-stick shooter can’t be understated. These games, (well the good ones,) are frantic fun with an often crushing level of difficulty and a thumping, killer soundtrack to boot. What’s not to like about any of that, right? Well if, like me, you’re a big lover of everything this somewhat sadistic genre has to offer and also like me you’ve always got your eyes peeled for new ways of getting your kill on; you might want to pay attention to this bit of news. Trigger Witch is going to be hitting your console screens this summer and if you’re wanting a fresh trip into bullet-hell it might just be a good way to scratch that itch. 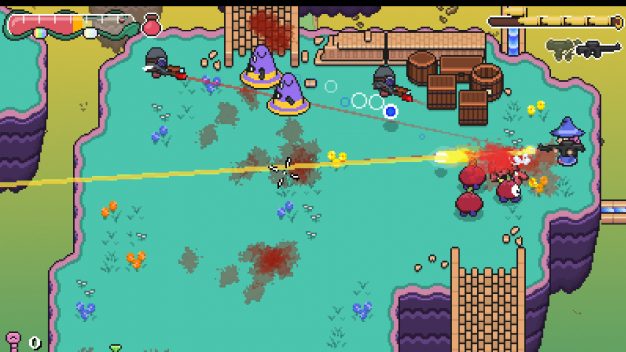 Coming from the folk over at Rainbite, (the clever souls behind Reverie,) Trigger Witch is set for release on PS4 and 5, Xbox One, Xbox Series X/S and of course, Switch. We don’t have an exact release date yet but this title is said to appear in the next few months.

In addition to digital release on all the platforms I’ve just mentioned; Trigger Witch will also be available physically. Should you wish to own a copy you can add to your shelf, Trigger Witch will soon be available for pre-order through Playsia. Pre-order dates, platforms, and what you’ll get in your special edition box aren’t known yet but this info is hopefully set to become available soon. 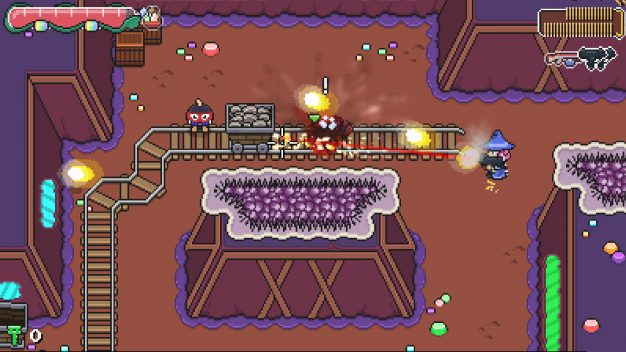 Trigger Witch is a 2D, twin-stick, action game in which you will be walking in the shoes of Colette. This particular adventure is set in a world where magic has become outdated and guns are now very much the in-thing. You are a prospective graduate from the Stock, an academy of Witchcraft and Triggery. After a mysterious man invades your realm, events are set in motion that will turn your life upside-down. Prepare to be cast in a role as the sole heroine where only you have the firepower to restore peace. 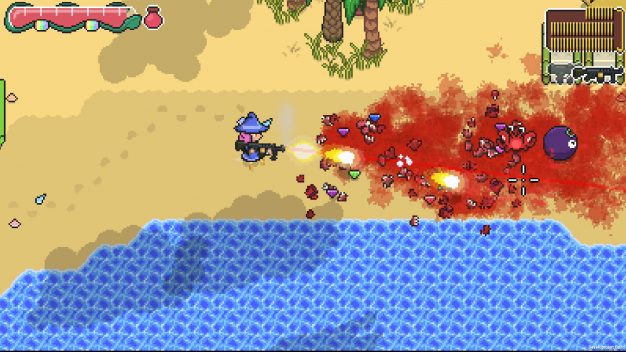 Trigger Witch will be paying homage to the 16-bit console era. With this in mind, you can expect an ultra-violent take on the colorful, pixelated games of the past. Trigger Witch is boasting a compelling and original story, puzzling environments to explore and, of course, all the bloody Twin-stick shenanigans your little heart’s desire. 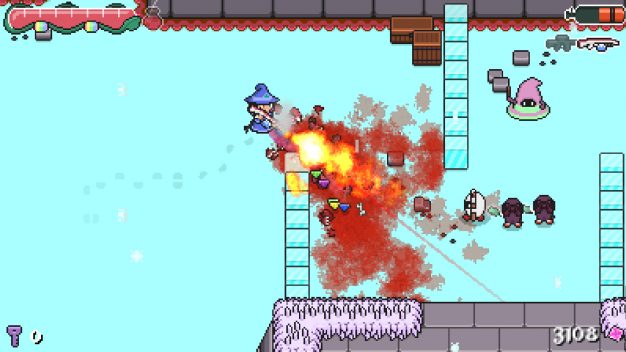 Between an expansive open-world to explore, colorful characters to meet along the way, and an armory of weapons to find and upgrade, there isn’t a lot not to like here. If you fancy seeing a little more of what Trigger Witch is about you shouldn’t have too long to wait for those all-important release dates. In the meantime let’s leave you with a trailer to get your mouths watering.