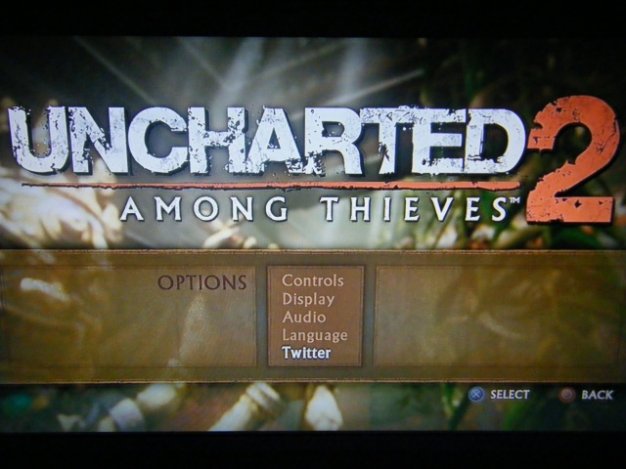 Ever wanted to tell the entirety of the interwebs about your online achievements in gaming? Too lazy to manually sign into your Twitter account to proudly proclaim you just earned a Trophy so that everyone can see just how mundane your life is? Well, Naughty Dog has got the solution for you in Uncharted 2: Among Thieves. BBPS reports that the upcoming sequel to Uncharted will feature Twitter integration, which automatically updates gamers’ Twitter accounts with fascinating tweets such as when they connect to multiplayer, when a cinema file is uploaded, when a chapter is completed, when they earn multiplayer money, when they earn Trophies and when they reach a level milestone.

If you want the entire world to know you just paused the game to take a massive dump, you’re going to have to tweet that on your own. As if anyone wanted to know that anyway.