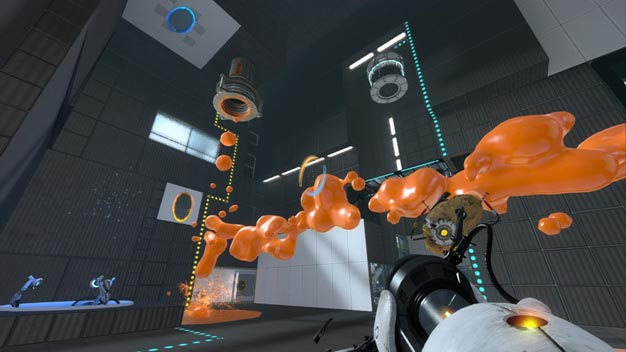 Portal 2’s mind-bending puzzles might have twisted our brains beyond what reality would normally allow. One of the additions over the original that didn’t make it into the game though, was a wall-walking gel that would let you do exactly that; walk on walls. The reason it was cut? It made people ”nauseous,” which is something Valve takes very seriously; the company don’t want people feeling sick and throwing up playing one of their games. It’s that simple.

”At one point we had a new Gel that allowed players to walk up the side of walls. While this added a new twist to the game, the effect was so disorientating that it made people nauseous,” said lead writer Erik Wolpaw.

”While working on a first-person game you always have to be aware of that issue so we removed that Gel. We also made changes to frame rate and movement that will help anyone play Portal 2 even if they do experience a feeling of nauseous while playing other first-person games.”

Still, just for mentioning it, we’re eager to test it out, maybe via a future DLC. Does that mean we’re gaming masochists for wanting to feel sick while playing?