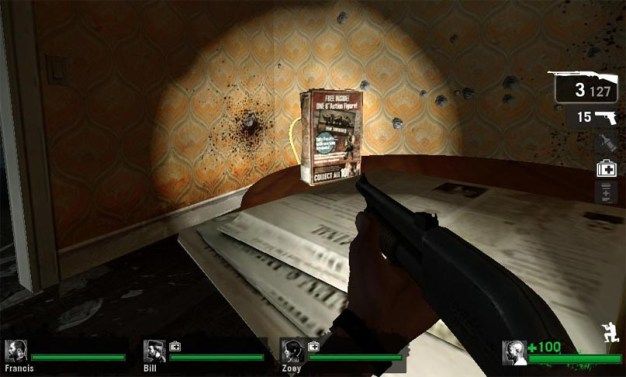 So Valve makes great games that are fun to play and incredibly enjoyable. Then they put out new content for those games on a pretty regular basis. Whether it be episodic chapters or other random DLC, they give and they give. So let’s say you were playing the demo of Left 4 Dead, but you were thinking, “Man, I wish there was one more class in Team Fortress 2.” Then BAM, as if Valve was in your f**king head, you accidentally kick over a cereal box labeled “Chocobites” and see the above image. Well that’s kind of what happened to Srider of Kotaku, except he probably wasn’t thinking those thoughts at all.

What? You can’t read insanely small text? Fine, the back of the box is an ad for a free, six inch action figure from Team Fortress. It then states that consumers of the cereal should collect all 10 — but there are only nine classes in Team Fortress (Pyro, Engineer, Sniper, Spy, Heavy, Demoman, Medic, Scout, and Soldier). Does this mean that a new class is coming to the party? Or maybe the tenth figure is just a gun turret or something. Valve has hinted that updates involving a new class might be coming to Team Fortress 2, so maybe this is their clever little way of telling everyone or maybe they just forgot how to count. I mean counting to four is tough, but counting to nine is damn near impossible.