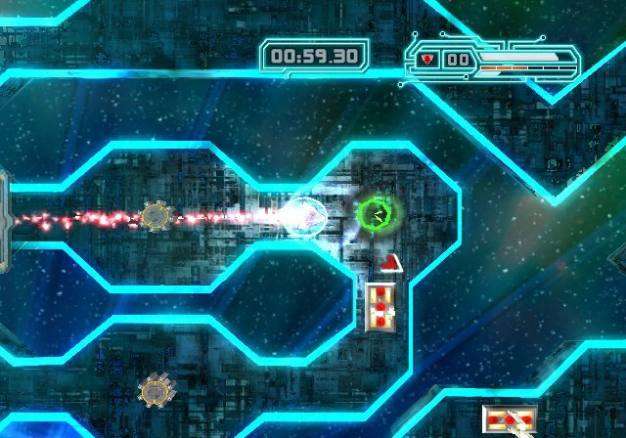 We’ll have a full review of Evasive Space coming shortly, but the game is based around using the Wii Remote’s pointing capabilities to move around tight spaces and avoid enemies. It not only sounds interesting, but like a pretty different take on what one can do with the Wii’s controls. Life Force is actually a spin-off of the classic Gradius shooter series. This one takes place in an alien’s body and features both horizontal and vertical levels. If you still don’t have a good shooter on your Wii this one might be a good choice.

As for this interesting hint Nintendo is dropping, see if you can guess what it means: “In other news, the Wii-kly Update has a fun surprise coming soon for all our fans. We can’t tell you the secret just yet but maybe we’ll offer you some hidden clues. From AZ to NC, if you’re a fan, your applause could rattle your walls, windows, door. You might enjoy this news whether you live in a brick house or Vanderbilt dorm. Even people living along Route 286 in rural Pennsylvania ought to be excited. It’ll feel like a bunch of birthday greetings and, really, who could ask for more? But that’s about all we can say for now, so be sure to check future Wii-kly Updates.” I’ve got no clue.