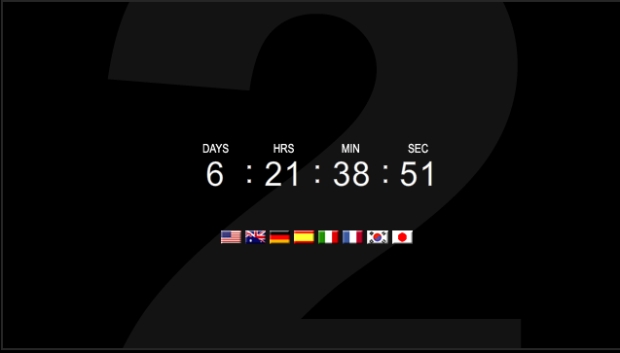 Update: So this got written last night and was being published this morning, thus a story that hasn’t been published yet gets an update, because I want the world to know I can’t figure things out on my own. It seems that tu4ar stands for “Take U 4 A Ride,” a part of the lyrics from the MvC2 Character Select screen theme. This, plus a few directory links basically means that the countdown is for MvC2 on XBLA and PSN and will most likely announced at Captivate on the 29th.

Original: Countdowns are cool, they let you anticipate something that you know is going to be interesting. However, when you have no clue what the countdown is counting down to it’s just annoying. Earlier today Capcom started up some new Capcom Unity Auctions where people can win amazingly awesome stuff and then keep it for points they’ve earned on Capcom’s blogs. I have just placed a bid on that Mega Man 9 auction press kit because ours got lost in the mail. In one of the auctions mentioned Capcom is giving away a secret prize with tu4ar.com written on it.

What does that mean? Damned if we have a clue, and thus our chagrin. The prize is worth enough of an entire countdown website devoted to it though. This means that either Capcom is being a bunch of jerks and counting down the release of a key chain or whatever tu4ar.com is it’s something big — or at least biggish. So any guesses that we can’t think of? Since there’s a big 2 on the page we were going to throw Marvel vs. Capcom 2 out there, but that isn’t rumored to release until July.