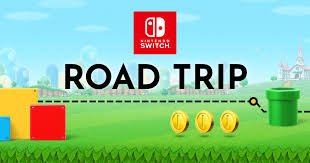 Especially in the era of the Nintendo Switch, the perennial game and console developer has held a lot of events to show off their stuff. I’ve attended a few of these events myself, and since the current Nintendo Switch Road Trip tour started here in Chicago, I decided to stop by and check it out for you guys. It’s a cool way to check out some of the best games in the Switch library, experience the console if you haven’t already, and get some cool swag. If you’re interested, I’ll tell you about my experience so you can decide whether to visit when Nintendo comes to your area. 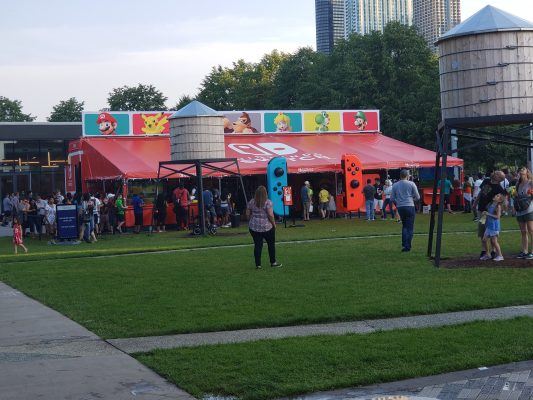 This tour is literally a road trip; the event takes place inside a truck. The stage is set well even before you enter, with a giant pair of Joy-Cons marking the entrance. There’s also a setup outside the truck for kids to try to win prizes by playing Super Mario Maker 2. On the lower floor are big setups and displays for Mario Kart 8 Deluxe, Splatoon 2, and the aforementioned Super Mario Maker 2. The centerpiece of sorts is a set of cut-outs from the latter game, but the coolest part is probably the big screens and kart-like seats set up for 4-player Mario Kart races. The upper floor features smaller, kind of cramped areas for visitors to try some other games, including Pokemon Let’s Go Pikachu/Eevee (with one demo station showing off the Pokeball Plus), Super Smash Bros. Ultimate, and the as yet unreleased Marvel Ultimate Alliance 3. I was actually pretty surprised that Smash Bros wasn’t down in the front. 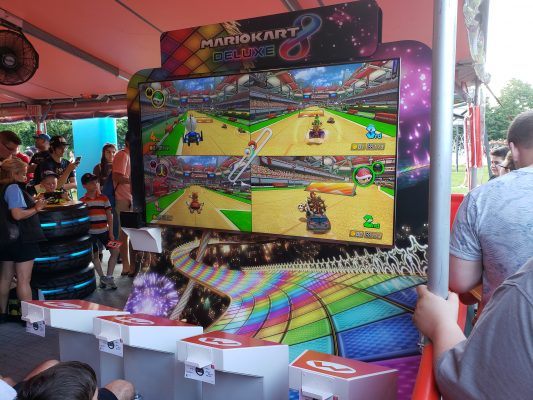 Visitors are meant to go through the event in a certain way. Each person gets a “passport” that gets filled up with stamps as you try each game. Once you’ve filled out the passport, you need to watch a trailer and sales pitch for the Switch (fortunately, we were allowed to skip this once we told them we already had a Switch and almost every game on the truck.) Then, much like for the posters at the Super Smash Bros. event, you can show the staff a barcode from your My Nintendo account page and get some randomly-decided swag. I was hoping to finally get that hat I missed out on last time, but alas, I ended up with some Luigi sunglasses. 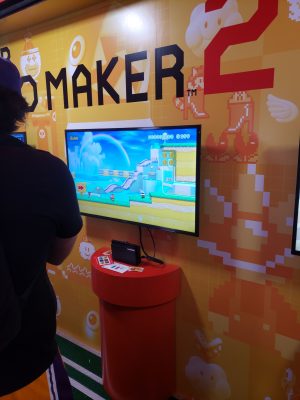 To put it simply, whether it’s worth attending these events depends on how many of the games on display you already own. If you’re curious about the Nintendo Switch or you’re not sure which games to pick up, this is a nice way to try out some of the best titles on the console (after Zelda, of course.)  It gives you more options than a store display would, generally speaking. But if you’re an existing Switch owner who already likes the first party games that Nintendo puts out, the swag isn’t worth the time or effort. For those interested in attending, you can check out https://events.nintendo.com/roadtrip/ for the schedule and more information. If you’ve already attended, feel free to let us know how it was in the comments.