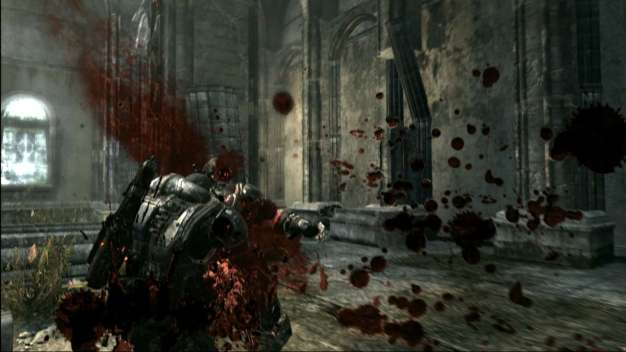 Some thinking was done earlier by yours truly on what the next ”Oh my god this is freakin’ cool”-moment in gaming could be. When Max Payne arrived and we experienced the thrill of throwing yourself out from cover in slow motion and start to fill the enemy’s face with lead, a new chapter in gaming had started. Bullet time has later been featured in a variety of games such as F.E.A.R., Red Steel and Mirror’s Edge and by the looks of it there won’t be a shortage of the crowd puller in games to come. And why should it? Something that makes you feel powerful is a go in my book and it’s an awesome way to bring finesse and playfulness to a game.

There are a lot of details in games that slightly improve the overall-feel, but that doesn’t change the gameplay. Things like being able to look at your feet in FPS games adds to the impression players get but isn’t a tie-breaker when all comes down to it. A bit further up the ladder lurks details such as ragdoll physics, better lighting effects and to some extent other types of graphical improvements. We all like to watch the one we just killed fall down some stairs and end up in a fun position which we then screenshoot (new word), but it still isn’t up there.

I’m going to go ahead and say that Gears of War is somewhat of a pioneer on the freakin’ cool-ladder. Two things in the first game come to mind. First of all, the cinematic bumpy camera view when the player starts running is phenomenal in so many different ways. Running from one side to another while bullets whine past you is practically unmatched in other games. Which brings us to the second feature: taking cover. It’s no revolution, but the sliding, rolling and jumping while changing cover position is something that Epic did very well, and something we’ve begun to see in other games.

You can argue that Nintendo is the winner with their Wii, since they’ve basically reformed the spectacle that is gaming, but it just isn’t the same. Max Payne wouldn’t have been what it was without Bullet Time, and frankly it’s just a neat addition that turned out great. Question is, what’s the next great thing in a game that will make developers facepalm themselves and say ”Why didn’t I think of that?” Or is there perhaps something else out there already that’s been overlooked? Please be kind and share your thoughts with us in the comment section.

I’ve already thought of a creation where you simply shout ”Boom!” to fire your rifle and ”Bam!” to do a melee attack, so cross that off your list.