When I am not knee deep in a 60+ hour RPG or trouncing through an open-world adventure, my other gaming love is baseball. I play fantasy baseball, including an extremely deep dynasty league with minor leaguers and contract considerations. Growing up in the Tampa Bay area, I root for the Rays and follow them fervently throughout the year during both regular and off-season. I reluctantly jump on the MLB The Show bandwagon every year and create a new Road to the Show player to work my way up from the minor leagues to the The Show. While I have enjoyed the improvements to RTTS mode every year, I have become increasingly disappointed with The Show‘s Franchise Mode. While I’ve enjoyed building the Rays into a perennial World Series champion in Franchise Mode over the years, it always seems like the focus on this mode is diverted to the money-making Diamond Dynasty.

I get it, micro-transactions and online multiplayer competition is king. We live in the $60+ age of gaming, where that initial price tag is for a base game with updates to follow. If I am enjoying a game and something worth the time and money is released for it, then I will likely continue on my investment in the form of a season pass or some extra in-game currency. But Franchise Mode use to be all we had and now it’s an afterthought to Sony San Diego. Browse Reddit or other forums and you’ll get the idea on people’s feelings towards this. 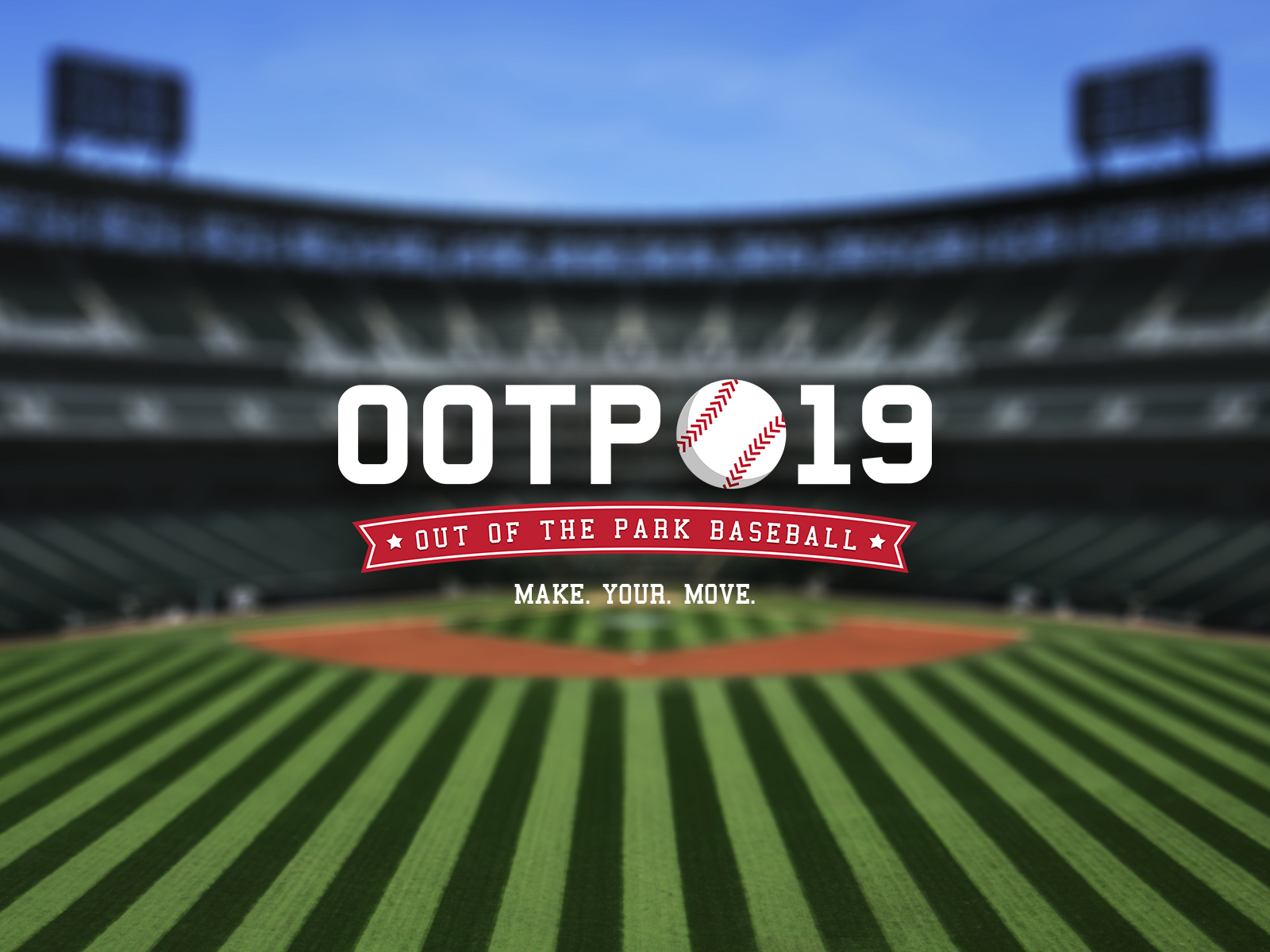 Recently, Steam had a sale that dropped the price of Out of the Park Baseball 19 to $5. Noting the substantial discount, I visited its store page and was excited about what I was reading. OOTP comes up a lot on /r/theshow and rightly so, the game is a Franchise Mode enthusiasts dream. You can be a Manager/GM of your favorite (or fictional) team and handle every intricacy of your organization from drafting amateurs to setting ticket prices? Sign. Me. Up.

I’ve played through builds and rebuilds for both the Rays and the White Sox for multiple seasons. I’m currently trying again with the Rays in year 2027 after a loss to the Giants in the World Series and the departure of megastar Bryce Harper (signed a respectable 8 year deal with the Rays compared to what he just signed with Philadelphia). Both teams have owners that are particularly stingy with the wallet (not unlike real life) so hours have been spent scouting and constructing a sustainable minor league system while maximizing guys in their controllable years of MLB life. When you get tired of looking through spreadsheets and trade windows, you can take control of the game and manage every pitch and swing if you’d like. OOTP offers a plethora of things to do and each yearly cycle has exciting elements to be constantly looking forward to. 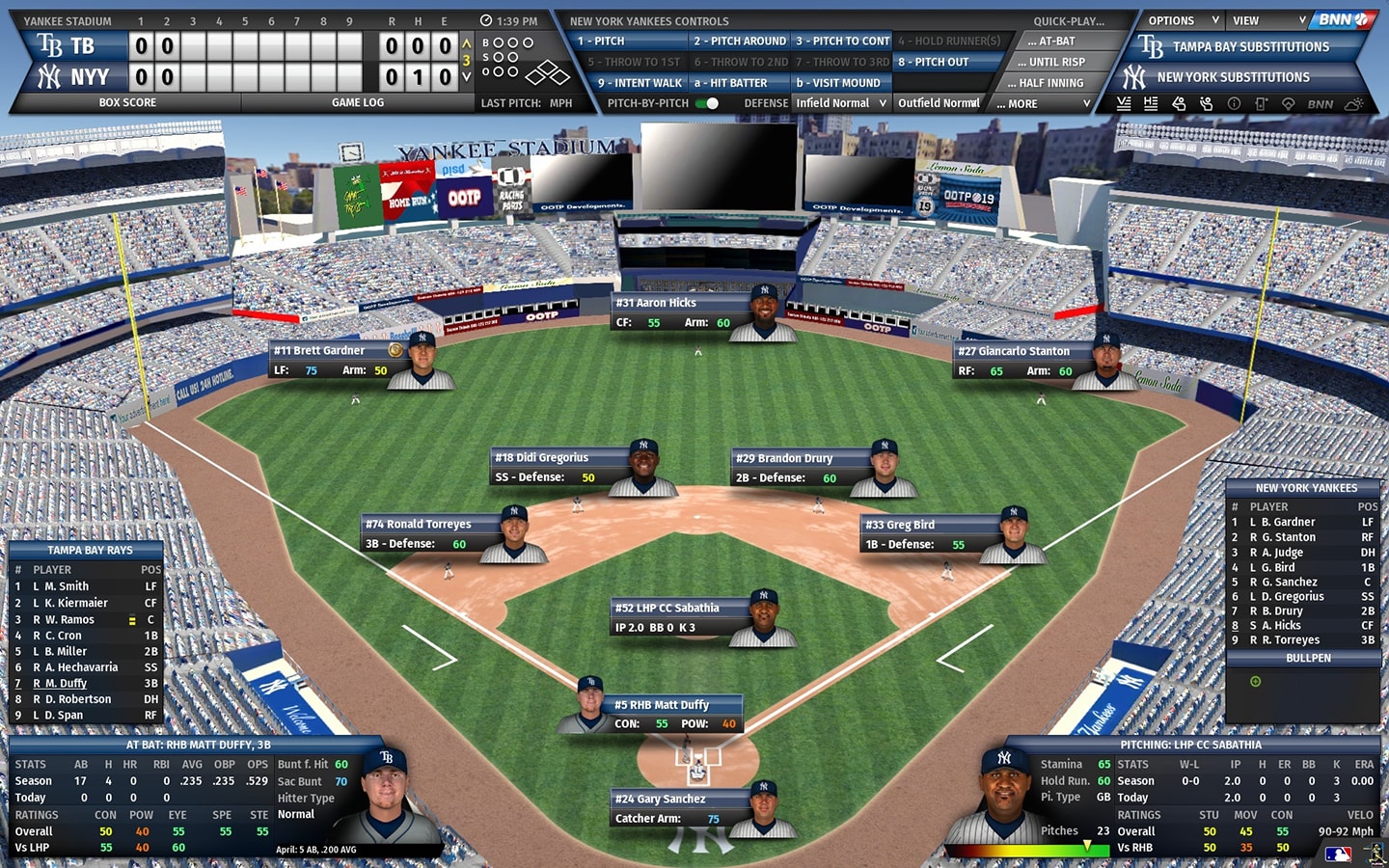 Control the game, complete with 3D animations for each play. Image courtesy of Out of the Park Developments (https://www.ootpdevelopments.com/out-of-the-park-baseball-home/) 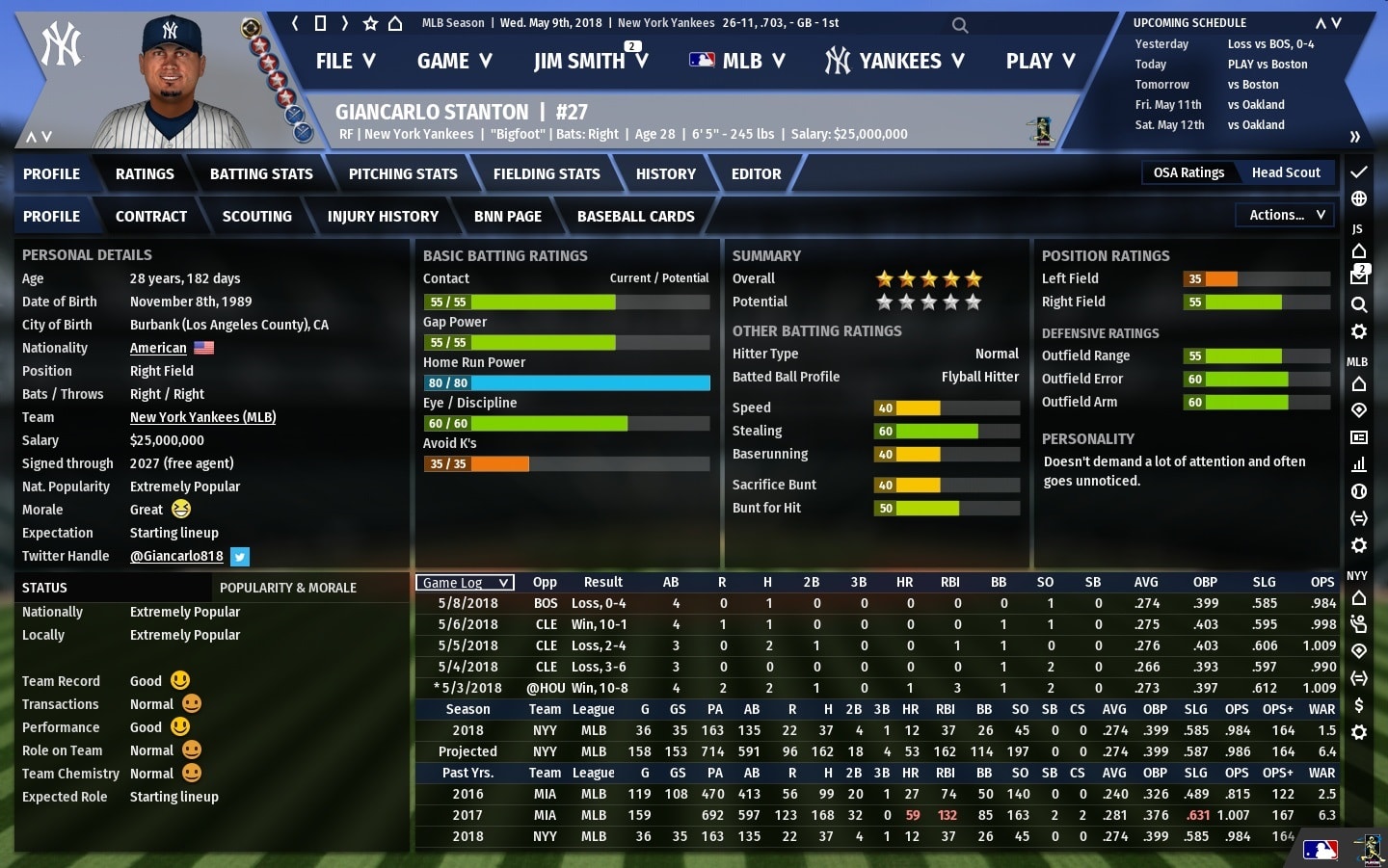 Review player profiles, ratings, and contract info. Image courtesy of Out of the Park Developments (https://www.ootpdevelopments.com/out-of-the-park-baseball-home/) 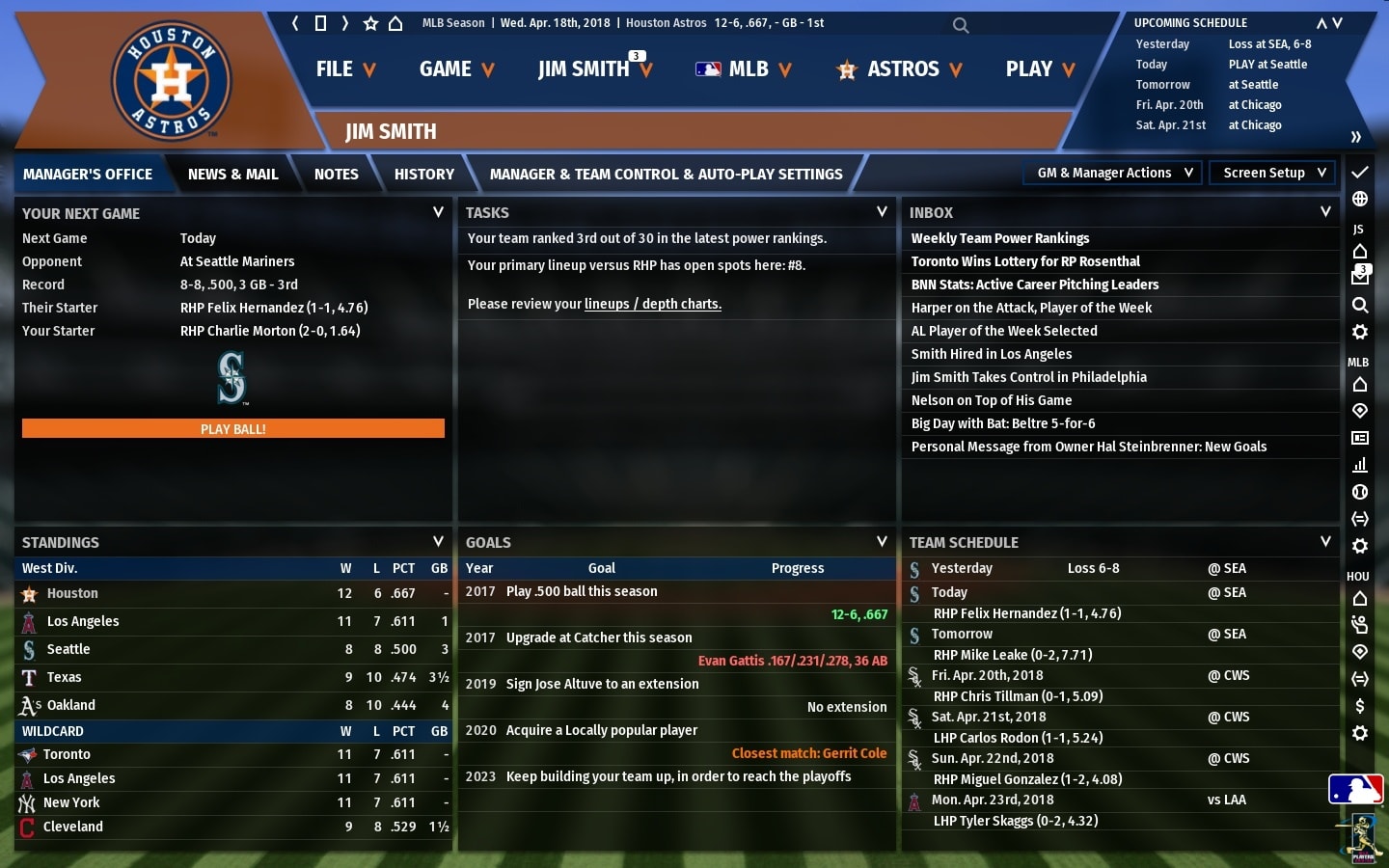 Get the rundown on what’s going on around the league and in your organization from the manager screen. Image courtesy of Out of the Park Developments (https://www.ootpdevelopments.com/out-of-the-park-baseball-home/)

In my opinion, it’s simulation strategy at its finest. I’d even be as bold to say that it’s on par with strategy games like Crusader Kings 2 and Stellaris. And while this isn’t a proper review by any means, I just wanted to say kudos to the developers for creating such an engrossing baseball sim. Now I get why people are in love with Football Manager.

I’ve spent many hours in OOTP 19. Luckily, I won’t need to spend much more time because the newest iteration, OOTP 20, will be out later this month.