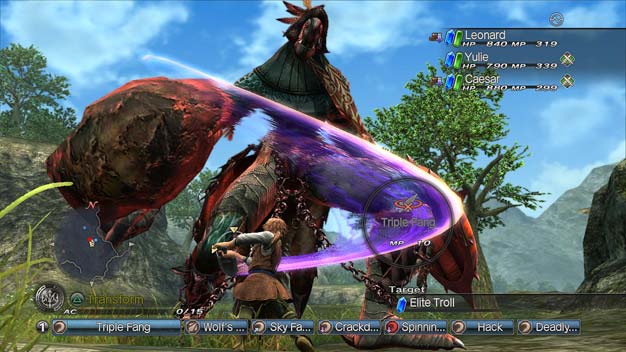 It’s weird how RPGs use roman numerals for sequels, isn’t it? Dragon Age II, Valkyria Chronicles II, Fable III, Two Worlds II, Elder Scrolls V, Final Fantasy XVIIXVVVIIIV. The latest entry in this randomly-conceived list? White Knight Chronicles II, which the PlayStation Blog revealed is heading to Western PS3s. We didn’t like the first game a whole lot, but Level 5 are promising a revamped battle system and improved co-op, so this could be a winner.

Also coming is White Knight Chronicles: Origins for PSP. It’s a prequel, as you probably guessed, set 10,000 years before the original game. It too promises co-op missions along with a 30+ hour single-player campaign. Matrix Corp are developing the title. We’d like to think that means there’s kung-fu and bullet time action, but probably not.

No date on either game’s release just yet.