Dungeon-crawling bullet-hell! No, I’m not just plucking random words out of thin air. Here we have two of my favorite genres smooshed together into one great big lovely ball of pain. As we all know I’m a complete masochist when it comes to games that are violent, deadly, and really difficult. When the bullets, and (in the case of the game I’m about to relate to you,) the fur starts flying I’m all over it. Take the bullet-hell genre and put me in a confined space full of nasty killy things and I’m pretty much in heaven. This is exactly why I need to tell you all about Wildcat Gun Machine, a frantic little dungeon crawler that’s going to be coming to our PC and console screens later this year.

Coming from the folk at Daedalic Entertainment and Chunkybox Games Wildcat Gun Machine is all the things that I’ve just mentioned and more. You’ll be getting set loose into dungeons that aren’t procedural. For a change, each room has been hand-crafted to offer you a bunch of combat puzzles that will require both skill and ingenuity to overcome. They will also involve blasting the crap out of everything that moves with one, (or several,) of the 40 powerful guns adorning your arsenal. 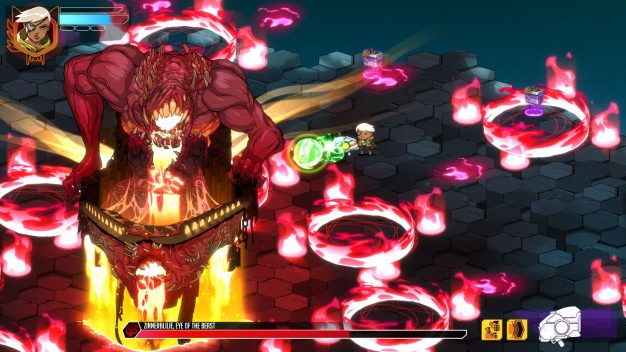 Expect to face off against a pretty lethal army of monsters, including disgusting flesh beasts, gun-toting goons, and of course, the ever-expected range of killer bosses. Fear not! It’s not just a bunch of guns and an itchy trigger finger that will get you through this fur-ocious escapade; you’ll also have all the skill upgrades you’ll need to play the game in a way that best suits your style. Add a really bad cat-titude to all of this and those creepy critters won’t stand a chance! 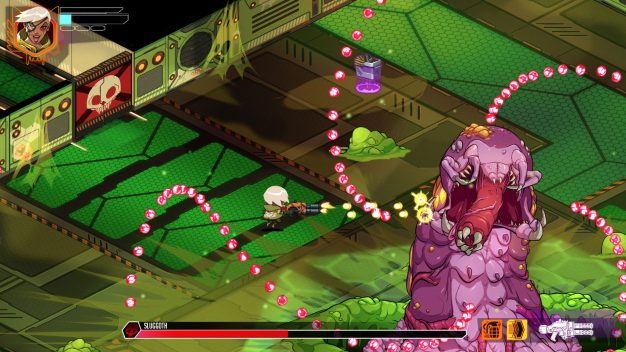 If you’re looking for a new 2D blast-fest, Wildcat Gun Machine will be coming to PC, PS4, Xbox One, and Nintendo Switch at some point towards the end of this year. In the meantime you might want to get some practice in and make sure to prepare your list of cat puns, I think you’re going to need them. Wildcat Gun Machine is offering you a meow-ntain of bullet-blasting, dungeon-crawling fun and there’s a very good chance I’ll be right there with you come release.