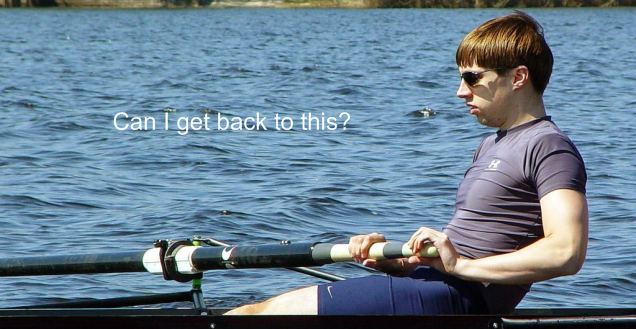 So here we are, a week into using Wii Fit. How’s it going? Well to start off I’m actually heavier than I was when I started. Over memorial day weekend my BMI went up by .75 which is really not good. At the beginning of the weekend I was at a BMI of 25.50 with my weight at 188.3 lbs and by the end of it I had jumped to a BMI of 26.25 with me weight at 193.8. Ouch. Of course this isn’t Wii Fit’s fault, it was mine. I basically ate myself into a few extra pounds because of the long weekend and regretted it when I finally reweighed myself on Monday.

This actually introduced me to the real point of Wii Fit which is making you aware of your health on a daily basis. While the exercises are good and all, weighing myself on a daily basis has really shown me the effects on my body of what I do each day. I really didn’t realize that one weekend could add five pounds to my waist line. Just by knowing that I have to weigh myself the next day, I find myself considering what I’m eating a bit more and paying attention to how much I sit around doing nothing. I’m also sitting up a ton more and my back doesn’t get tired as easily. Because of the Memorial Day weekend frivolities I’m right now dropping back down to where I was.

As far as the yoga and exercise go, they’re getting trickier. I’ve opened everything up now so a full run through of both takes between 60 and and 75 minutes. It also can kick my out of shape ass. I’ve never been great at chest exercises so the push-ups would be a hard challenge period but coupling them with side planks and moving with the slow intentional movements of the trainer makes the things absolutely kick my ass. Doing bridges only three or four exercises after them is absolutely brutal. Also, I hate lunges. I’m serious when I say that I work up a very healthy sweat going through the aerobic exercises and that by the end I feel like I’ve got a decent workout in. I think making it to the end is the key really. Any of the exercises on their own are easy to pull off but when you group them together they can really work you. Still, someone in decent shape would probably rock through most of them without a thought but for anyone who says you can’t get any sort of workout via Wii Fit they are dead wrong. Yoga is amazing. I don’t know why I haven’t done it before but stretching everyday feels incredible and wakes me up really well. It also makes my sore back feel amazingly better. I haven’t been doing the mini-games or aerobic stuff too often but I want to start getting into that more this next week.

I’m having a problem right now with getting other exercise in since the full Wii Fit program is taking so long. I’m either going to have to start running after work and Wii Fitting beforehand, or divide the week up so I do yoga some days and aerobics the other or maybe just half of each. We’ll see what works best but at the moment I haven’t been running since Monday and I don’t feel motivated to do it. Hopefully as I get more into the exercising regularly I will. The game has a place to put in extra workouts you do outside of Wii Fit and I’m going to try to use that to motivate me to start running daily after work.

Also your Wii Fit age means jack. Mine has gone from 44 to 28 in the matter of a day. Not sure how they’re measuring it but I’m just ignoring it now. I personally think my posture looks better in the pictures and my waist looks a bit thinner but that’s probably just me being hopeful. Anyway here are the current stats: 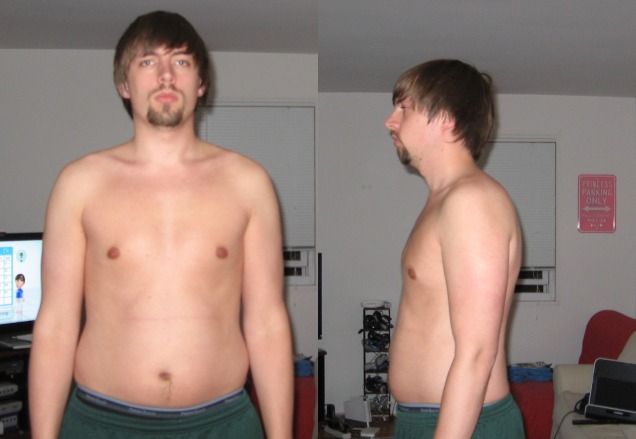 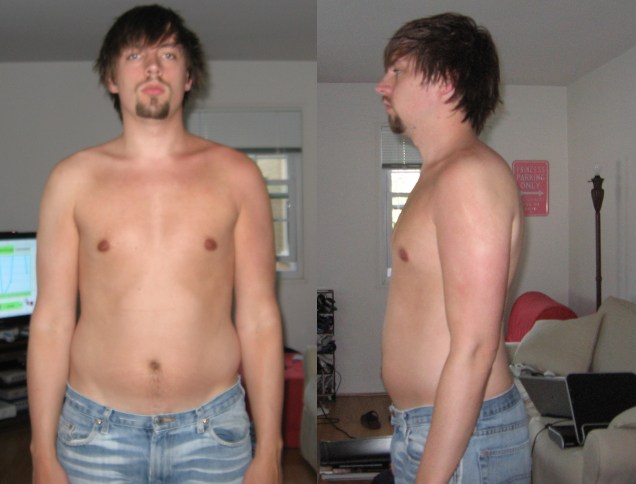