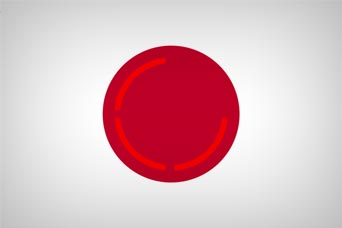 A recent article quoted Wedbush Morgan’s Michael Pachter as saying, “PS3 will likely outsell the 360 in Europe by 20-40 percent, and will kill 360 in Japan” in late 2008. As if it’s been enjoying a life of luxury in the land of the rising sun the headline read, “PS3 will kill 360 in Japan” by year’s end. This struck me as misleading because the 360 has essentially never been “alive” in Japan to begin with. I think what Pachter meant was that the PlayStation 3 would “kill the Xbox 360” in sales figures. In fact, Xbox 360’s death in Japan has been widely known to the Japanese as soon as it hit the street.

When the Xbox 360 first released in Japan in November 2005 (concurrent with the U.S. release), you could walk into any given Japanese electronics store and find shelves full of unsold units sitting alongside a few returned units for sale at discounted prices. This was despite the fact that the initial price offering for the system was 39,999 yen brand new, approximately equivalent to over $60 cheaper than the U.S. price at the time. Stores couldn’t give the units away because most Japanese gamers simply were not interested. Japanese game developers seem far more comfortable supporting Sony and Nintendo’s consoles to release their roleplaying and casual games towards the Japanese market, and so that is where their customers will follow. This is a battle where Microsoft will always be the outsider on very foreign soil, and they will likely never gain any ground.

These figures illustrate that despite the Xbox 360’s year long head start, it owned only a meager 11% of next-generation console sales in Japan as soon as Sony’s and Nintendo’s offerings joined the war. Since then, sales for both the PlayStation 3 and Wii have aggressively more than doubled there, leaving the Xbox 360 now with only 7% of the pie.

If that’s not dead, I don’t know what is. I think even Toshiba would have given up this particular battle by now. It was reported that Microsoft really made a strong attempt at winning over a Japanese market share with the Xbox 360 and yet they have failed horribly for a second time. Maybe Microsoft will throw in the towel and Japan will never see an Xbox 720? What do you think? Does the Japanese market matter? Is there a compelling reason for Microsoft to continue releasing their products there?