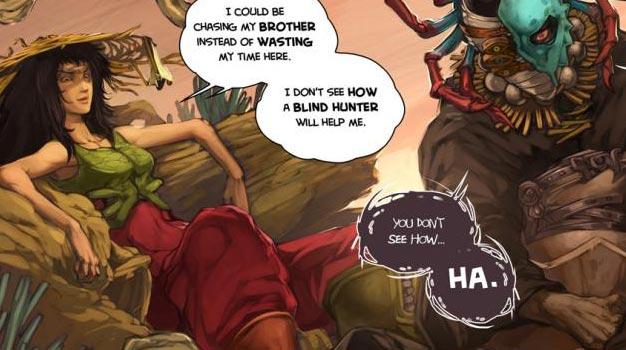 We already know that ACE Team are working to bring their quirky PC adventure Zeno Clash to Xbox Live, but they have grander plans for the game’s forthcoming sequel. Speaking to That VideoGame Blog, ACE Team co-founder Andres Bordeu revealed that his studio are building towards a full-blown retail release of Zeno Clash 2 on consoles.

Whereas Zeno Clash was a relatively short and linear experience, ACE Team are looking to create a more expansive experience for the sequel. “[It’s] what we would have liked to do in Zeno Clash if we would have had the resources,” said Bordeu. “We really think that an open ended world is fit for the world of Zenozoik. Many games offer you the possibility to roam around freely, which is a great feature. But when you travel through those worlds many have very familiar and recognizable environments. In Zeno Clash the woods don’t look like a regular forest with green trees and bushes.”

“In Zeno Clash the cities are just plain insane. I think it will be extremely entertaining to explore a world where you a never quite sure what you will encounter next.”

So not only is the world of Zeno Clash expanding, but ACE Team’s ambitions as developers too. Not content to remain modest, digitally distributed indie devs, the studio are hoping to bring Zeno Clash 2 to retail to consoles as well as PC. According to Bordeu, “The sequel will be developed from a different perspective than the first title. Zeno Clash is a short indie game, whereas with Zeno Clash 2 we want to build a larger title; a game that’s big enough to go retail on the consoles.”

A full interview with Andres Bordeu, in which he discusses the new wave of independent games, what it’s like to work as part of a three-brother team and ACE Team’s approach to downloadable content, will be available on TVGB later this week.