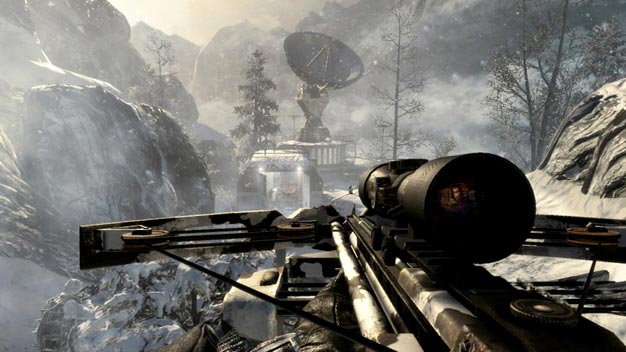 That didn’t take long; Activision has just sent over the Day 1 sales estimates for Call of Duty: Black Ops. Let’s dive right in.

In North America and the UK alone, the shooter has brought in $360 million and sold over 5.6 million copies, beating Modern Warfare 2‘s $310 million / 4.7 million copies record.

“There has never been another entertainment franchise that has set opening day records for two consecutive years and we are on track to outperform last year’s five-day global sales record of $550 million,” says Activision boss man Bobby Kotick.

Black Ops can now be considered the biggest entertainment launch of all time , with Modern Warfare 2 right behind it.

“The game’s success underscores the pop culture appeal of the brand,” Kotick continues. “Call of Duty: Black Ops is the finest game that Treyarch has ever made and raises the bar for online gameplay by delivering the deepest and most intense Call of Duty experience yet.

“The Call of Duty franchise has over 25 million players around the world that are engaged in billions of hours of online gameplay, and we are committed to supporting them with new content and features on a more frequent and regular basis.”

Lazard Capital analyst Colin Sebastian said just minutes ago that the shooter is tracking ahead of their estimates.