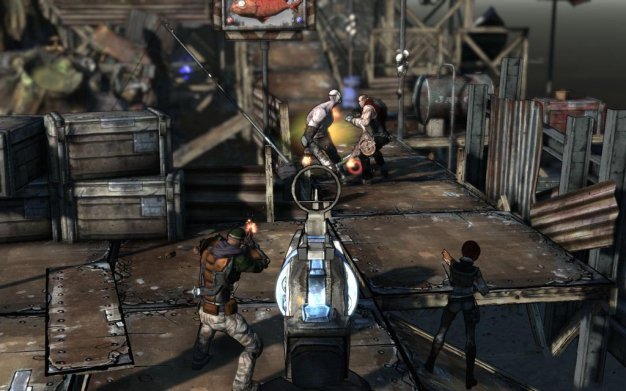 Gearbox has put out a statement regarding Bordelands reportedly selling out all over the place. “Yes, Borderlands copies of the Xbox 360 SKU have run out in a few regions, especially the east coast,” Steve Gibson, VP of marketing, says. “We are aware of this and are working with production and distribution at ramping up to catch up with demand. There will be more copies of Borderlands available on shelves as early as Thursday or Friday at many retailers.

“The PlayStation 3 SKU issues on the west coast are mostly regional and can be addressed by reallocation. We are confident that will happen quickly.”

There was also a problem with the friends list on the PS3 version not functioning properly, though according to Gibson, the problem has now been dealt with, “We are very pleased to report that using PSN friends lists with the game should now work properly for all PS3 customers. The fix has been released invisibly and should work automatically for all PSN users on the PS3 platform. No special action is required by PS3 customers to apply the fix – just play the game and you’ll find that everything works fine now. We thank you all for your patience and for making us aware of the issue!”