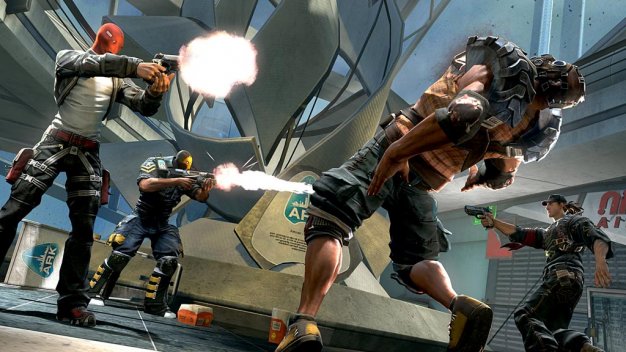 Developer Splash Damage has set high goals for the artificial intelligence in their upcoming Brink; according to creative director Richard Ham, the code humming underneath the game’s hood must be effective enough so that AI-controlled characters could not be differentiated from human intelligence.

All due to their single- and multiplayer blending desires.

“Brink‘s AI has to be great because of the way we blend single player and multiplayer gaming seamlessly,” Ham told Skewed&Reviewed. “At any time, you could be playing against AI or against other human players, and our goal is that you can’t tell the difference.”

“Not only are the enemies more ruthless and surprising, but your teammates are more self reliant and useful,” he explained. “In Brink, you won’t have to babysit your AI squad mates and make sure they do their jobs.”

“Actually, if you’re not doing well,” he adds, “they’ll babysit you!”

The stylized parkour shooter is out this fall, perhaps in September, for the Xbox 360, PlayStation 3 and PC.