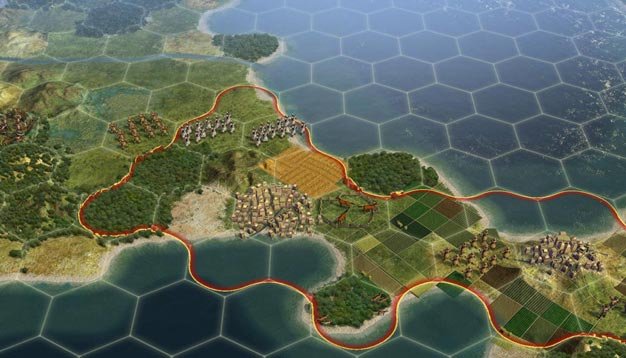 This fall’s Civilization V isn’t forgetting its heritage; all maps created for the previous game in the series can be brought over to the new one by using the included mod and editing tools. And a quick’n’easy import and conversion is apparently all it takes.

Explains lead designer Jon Shafer: “You can import Civ 4 maps into the world builder and convert them into Civ 5 maps, including all the units and cities and stuff on it — the conversion process will just do that for you automatically.”

However, “you won’t magically be able to play an old mod” like Fall from Heaven or Planetfall, according to a clarification from publisher 2K Games.

Shafer continues: “We’re hoping that the first week Civ 5 is out, people will use that function and port all of the Civ 4 stuff over to Civ 5, so everything will be out there already.”

Civilization V‘s out this September; in North America on the 21st and  Europe on the 24th, for PC only.