When Matt Hazard was first brought to our attention it was through a group of PR releases that basically created his historic career in gaming. These made up games were basically a parody of the entire history of gaming and were a pretty clever piece of marketing. By the time Eat Lead: The Return of Matt Hazard was announced we proclaimed that there had better be some way to play at least a few of the classic games the marketing team had conjured up.

I was hoping that it would show up on disc, but it appears that D3 has other plans as they have just announced that one of Matt Hazard’s classic games will be coming to XBLA and PSN this summer. The artwork above and below shows off what must be some concept art for it and pretty much confirms the game as a Contra style shooter. More importantly though it involves not only ninjas but giant robotic penguins with hench-penguins that vomit — win. 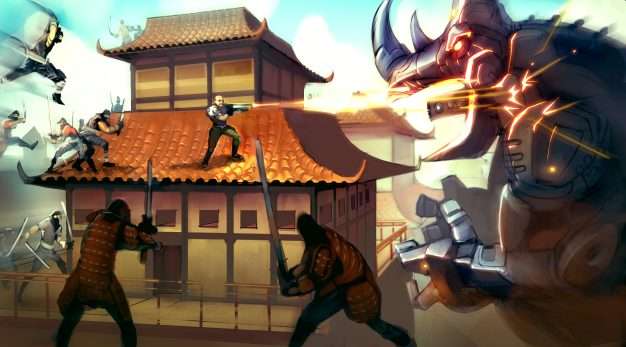